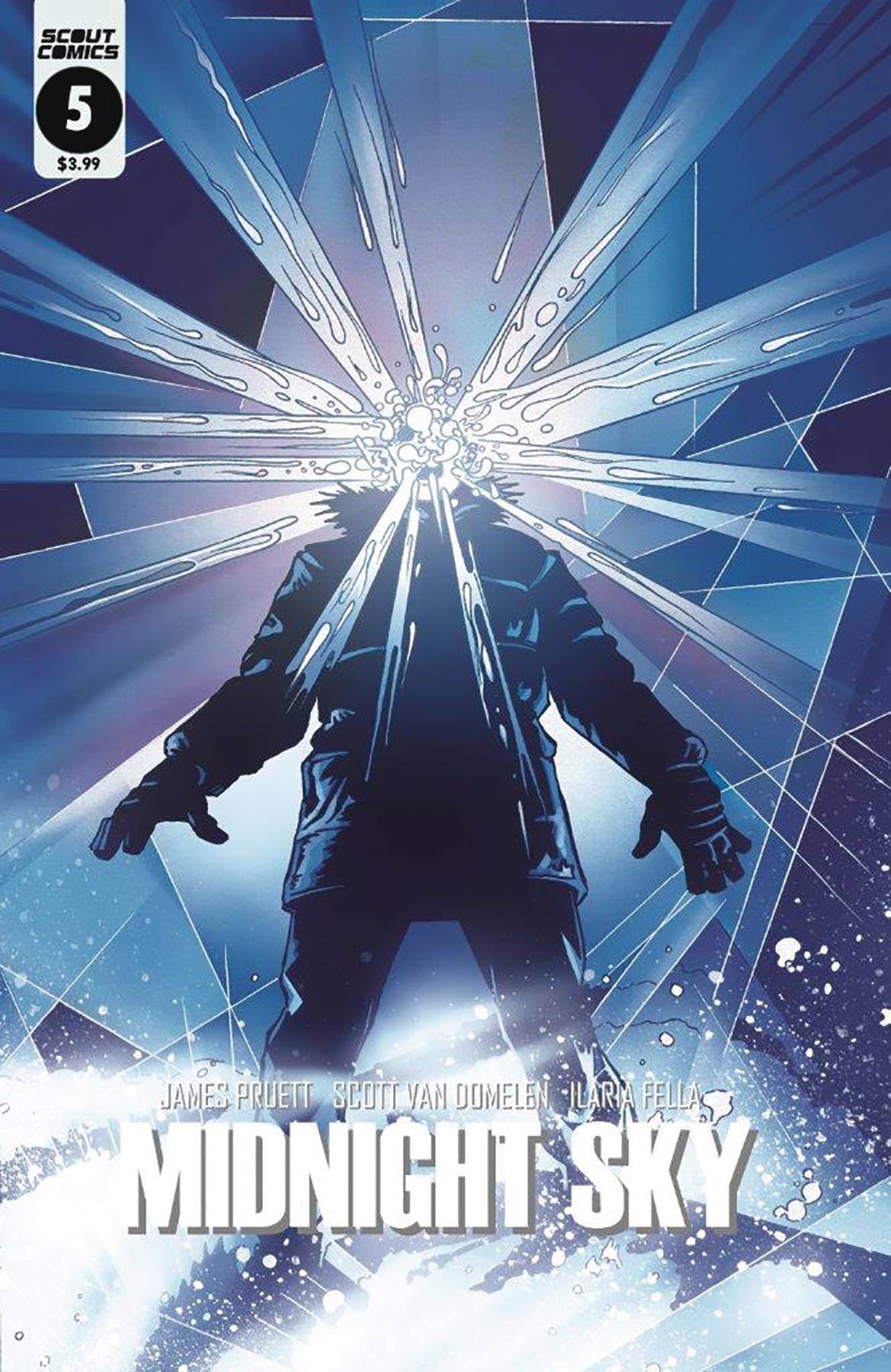 #
DEC191852
(W) James Pruett (A/CA) Scott Van Domelen
After their harrowing experience in the amusement parks of Orlando, Jennifer, Alejandro and Elita begin the treacherous journey to the Changeling stronghold of Cape Canaveral, where Jennifer has discovered may be a portal to the Changeling's dying world hoping to finally bring back her biological son. But to do this would require sacrificing Alejandro. Is she willing to bear the cost? Meanwhile, resentment continues to build between Elita and her mother when Elita discovers that by killing changelings she is condemning the humans whose forms they have taken to forever be banished to the Changeling's dying home world, never to return. And if things weren't treacherous enough, something monstrous is slithering in their path in the swampland. MIDNIGHT SKY is Invasion of the Body Snatchers meets They Live. Featuring two covers by series artist Scott Van Domelen, including a special The Thing homage.
In Shops: Jul 01, 2020
SRP: $3.99
View All Items In This Series