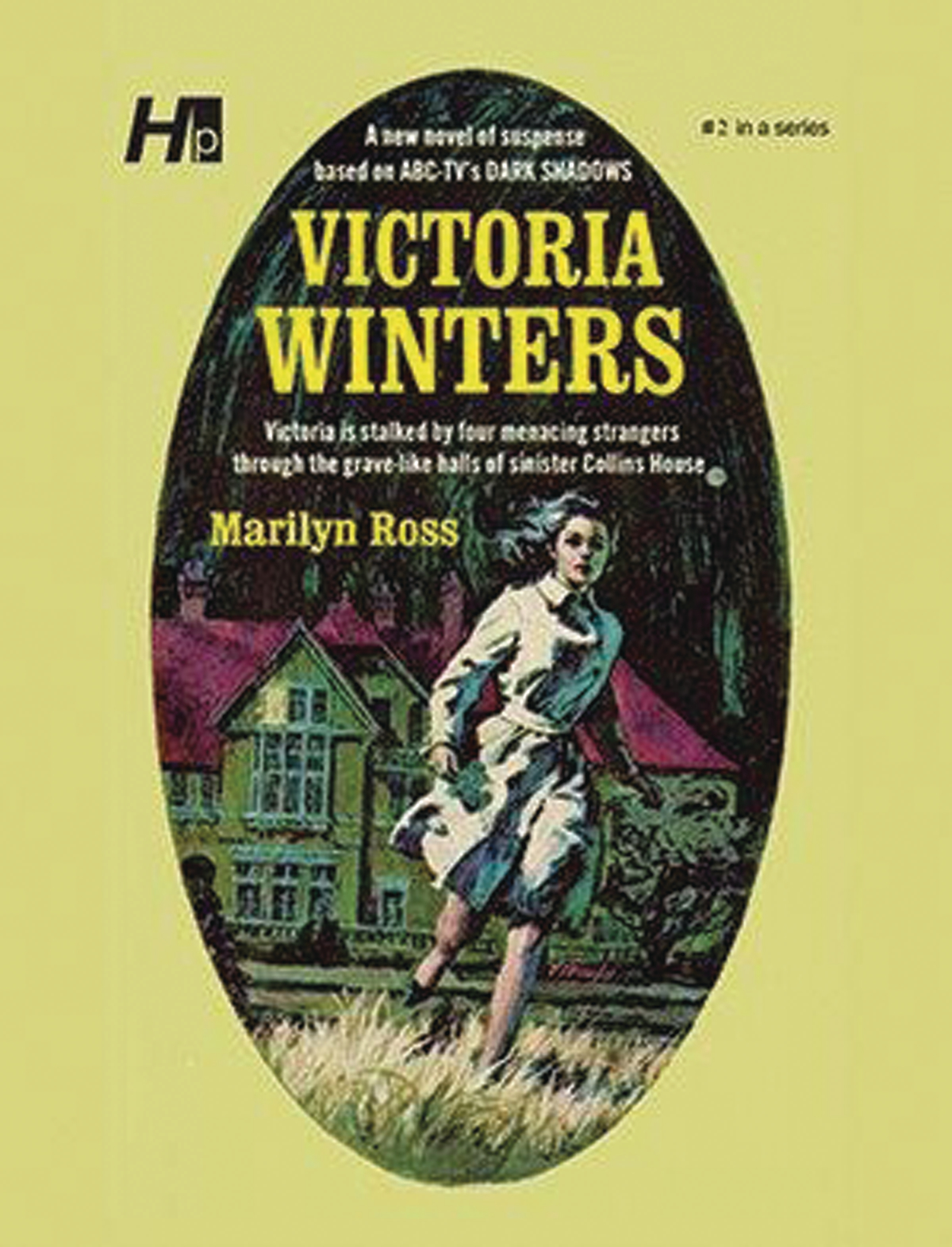 DEC191734
(W) Marilyn Ross
The classic original Dark Shadows paperbacks from the Paperback Library return with Hermes Press' archival reprinting of all 32 titles in the series! The second book in this reprint series, "Victoria Winters," features the original painted cover depicting Victoria Winters, and reproduces the complete text, re-proofed and error free! Still believing that the clue to her own identity lies hidden in Collins House, Victoria Winters stays on as a companion and governess - despite danger from someone in the isolated mansion trying to destroy her. But Victoria's determination to remain is shaken by the unexpected arrival of four mysterious strangers who begin a series of terrifying attacks on her life. And as a ghostly figure stalks her in the shadows, Victoria becomes convinced that staying at Collins House is a mistake that could well prove fatal! These reprints will present each installment in the series with its original cover but, unlike the Paperback Library books, will present the titles in a larger 6" x 9" format, printed on archival paper and bound to be read and enjoyed without cracking or coming unbound. Each book in the series was written by William Edward Daniel Ross who used the pen name "Marilyn Ross".