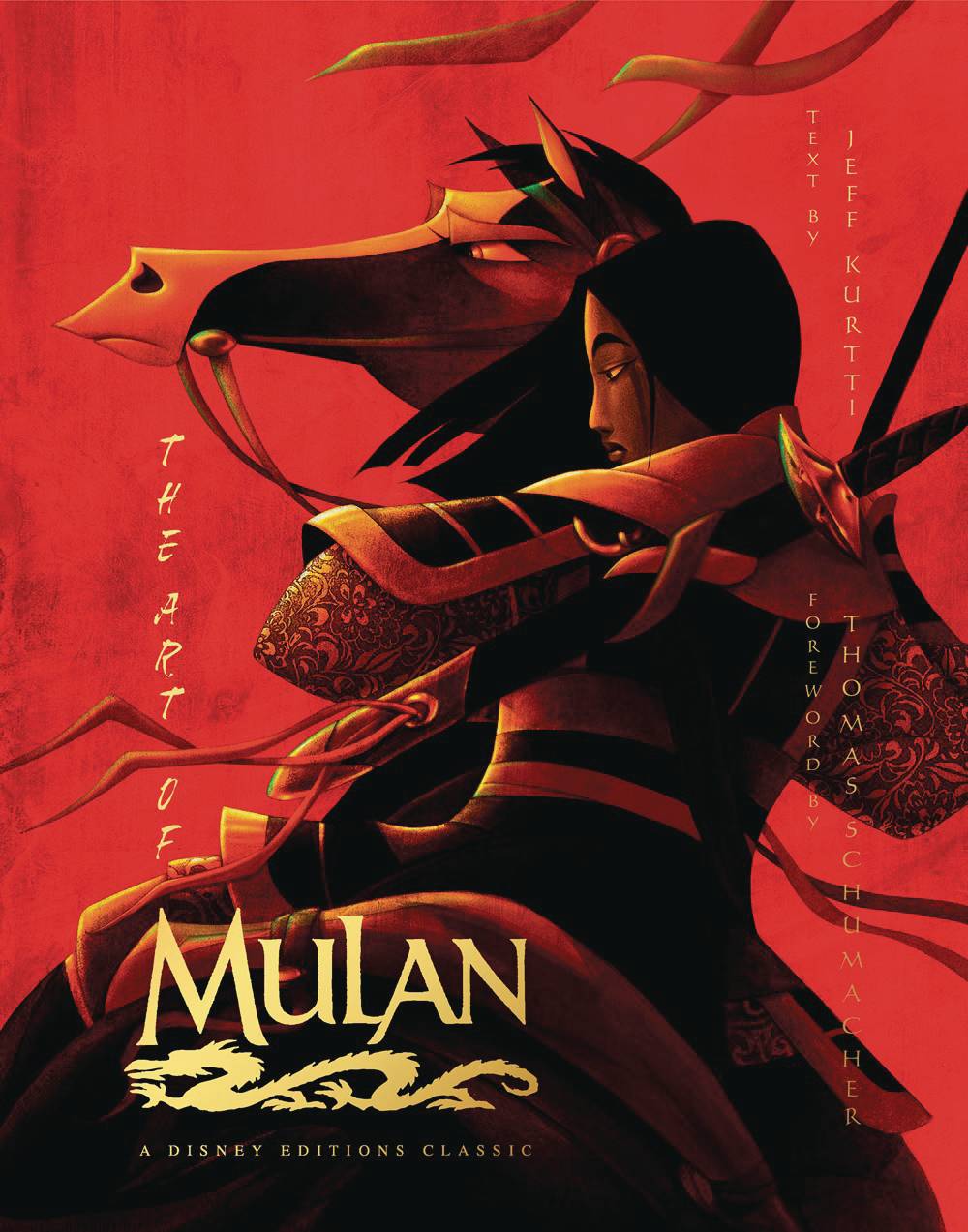 #
DEC191610
(W) Jeff Kuritti, Michael Schumacher
The Art of Mulan was only Jeff Kurtti's fourth published work, and one of which he remains enormously proud. He is honored to see this important and significant story in print again for new generations, along with some stunning additional visual development artwork and new foreword by Thomas Schumacher.Inspired by a two-thousand-year-old Chinese legend, Mulan was the first animated feature film to be primarily produced by Disney's animation studio at Walt Disney World in Florida. This was a dazzling array of talented and dedicated filmmakers who specialized in traditional hand-drawn animation and collaborated on the musical segment "I Just Can't Wait to Be King" in The Lion King (1994), shorts ranging from the Roger Rabbit cartoon "Tummy Trouble" (1989) to the legendary folktale John Henry (2000), and feature films such as Lilo & Stitch (2002). The Art of Mulan reveals the story behind the making of the film in this distinct place and at this particular time, both of which bridge the Disney animation renaissance of the 1990s and the sensibilities of today's Walt Disney Animation Studios. Like the film's heroine, the Disney artists who created Mulan made a journey of self-discovery that began with a momentous decision: to make a modern film adapted from an ancient Chinese source. The Art of Mulan chronicles their efforts to remain faithful to the spirit of the original legend and the traditions of the Chinese culture, while at the same time make it accessible for an international audience approaching the end of the second millennium. Their words reveal their passion while more than 350 stunning color and black-and-white illustrations showcase their brilliance, all clear reminders of why Mulan has become a fan-favorite of so many who grew up with it.