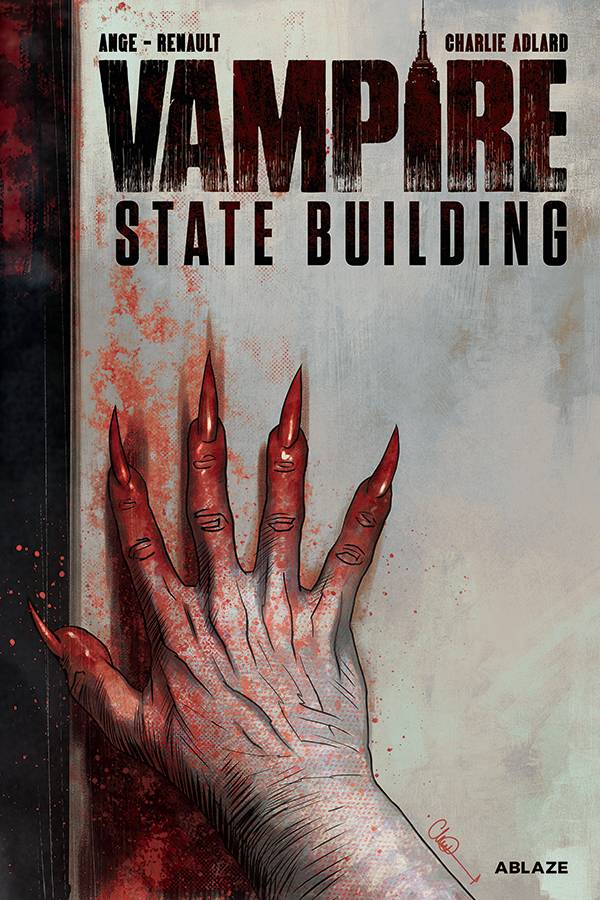 #
DEC191287
(W) Ange, Patrick Renault (A/CA) Charlie Adlard
The newest horror series from the artist of The Walking Dead! Get ready to be bitten from the first full-color page...! Terry Fisher is a young soldier on the verge of being sent away for active military duty, and is going to meet his friends at the top of the Empire State Building for a farewell party. But suddenly a legion of vampires attacks the skyscraper and massacres its occupants. Hounded in the 102 floors that have become a deadly trap, Terry must take decisive action to save himself and his friends - and the city of New York! - before the army of abominations, and the terrible vampire god within (walled into the building since its construction) spill into the city...
Collecting the hit 4 issue series into one handsome hardcover volume! Includes behind-the-scenes material, cover gallery, sketches, designs, and more!
In Shops: Jul 01, 2020
SRP: $24.99