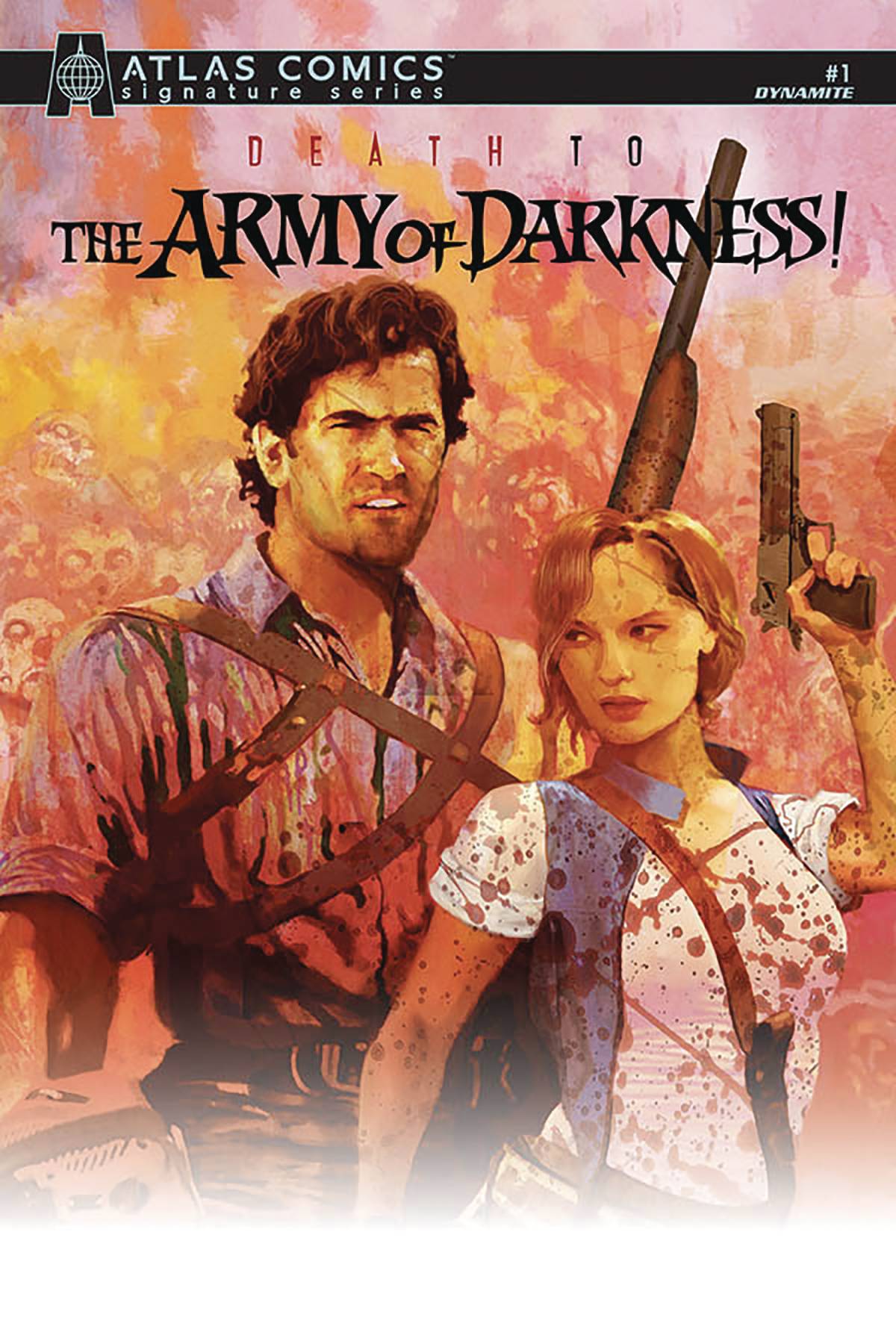 #
DEC191028
(W) Ryan Parrott (A) Jacob Edgar (CA) Arthur Suydam
An all-new series by RYAN PARROTT (Mighty Morphin Power Rangers) and JACOB EDGAR (Red Sonja)! It's been six months since the events of the Army of Darkness film...Ash is just trying to settle down and get back to his groovy ways. But dammit, DEADITE-POSSESSED strangers keep attacking him at every turn. Why is evil following everywhere he turns, and what happens when an awful splinter spell causes Ash to become...TEAM ASH!?
In Shops: Mar 25, 2020
SRP: $49.99
View All Items In This Series