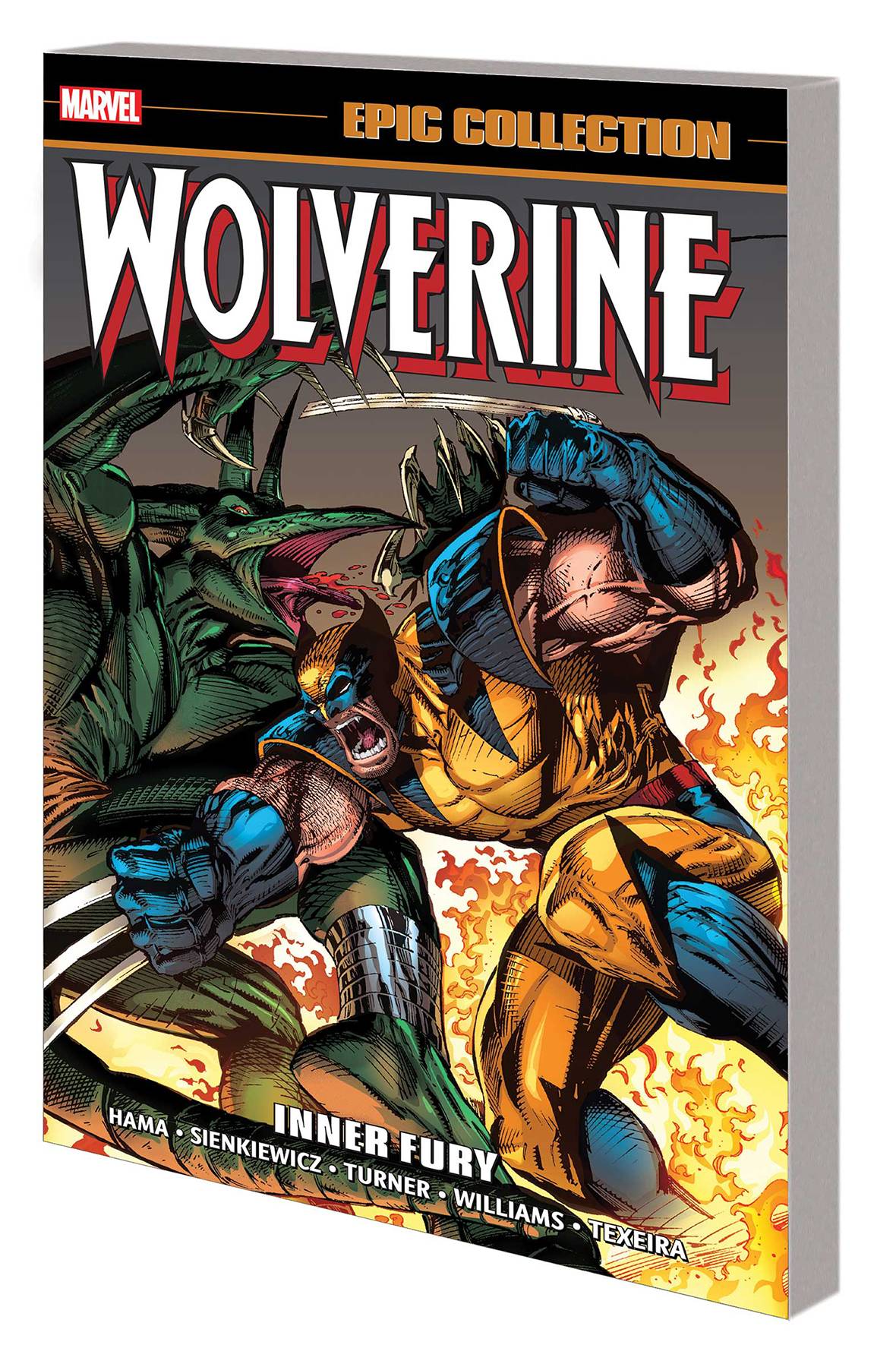 #
DEC191005
(W) Larry Hama, More (A) More (A/CA) Dwayne Turner
Magneto tears Wolverine's world apart! First, Logan intervenes in a Hydra experiment, but a nanite infection has unexpected effects on him! Then, Wolverine takes Rogue and Jubilee on a mission to the Savage Land - where Sauron has risen again! And in Australia, Wolverine and Jubilee battle a suddenly sentient Sentinel - and Jubilee confronts her past! Logan's world tour continues when he's lured to Tibet by a group seeking to claim his remarkable abilities! And Sabretooth takes the spotlight - but what is his surprising connection to Mystique? Finally, the X-Men face off against Magneto in a truly savage showdown - but when Magneto crosses a horrifying line, will Wolverine ever be the same again?! Collecting WOLVERINE (1988) #69-75; WOLVERINE: INNER FURY, KILLING and GLOBAL JEOPARDY; SABRETOOTH (1993) #1-4; and X-MEN (1991) #25.
Rated T+
In Shops: Mar 11, 2020
SRP: $39.99
ORDER WISH LIST