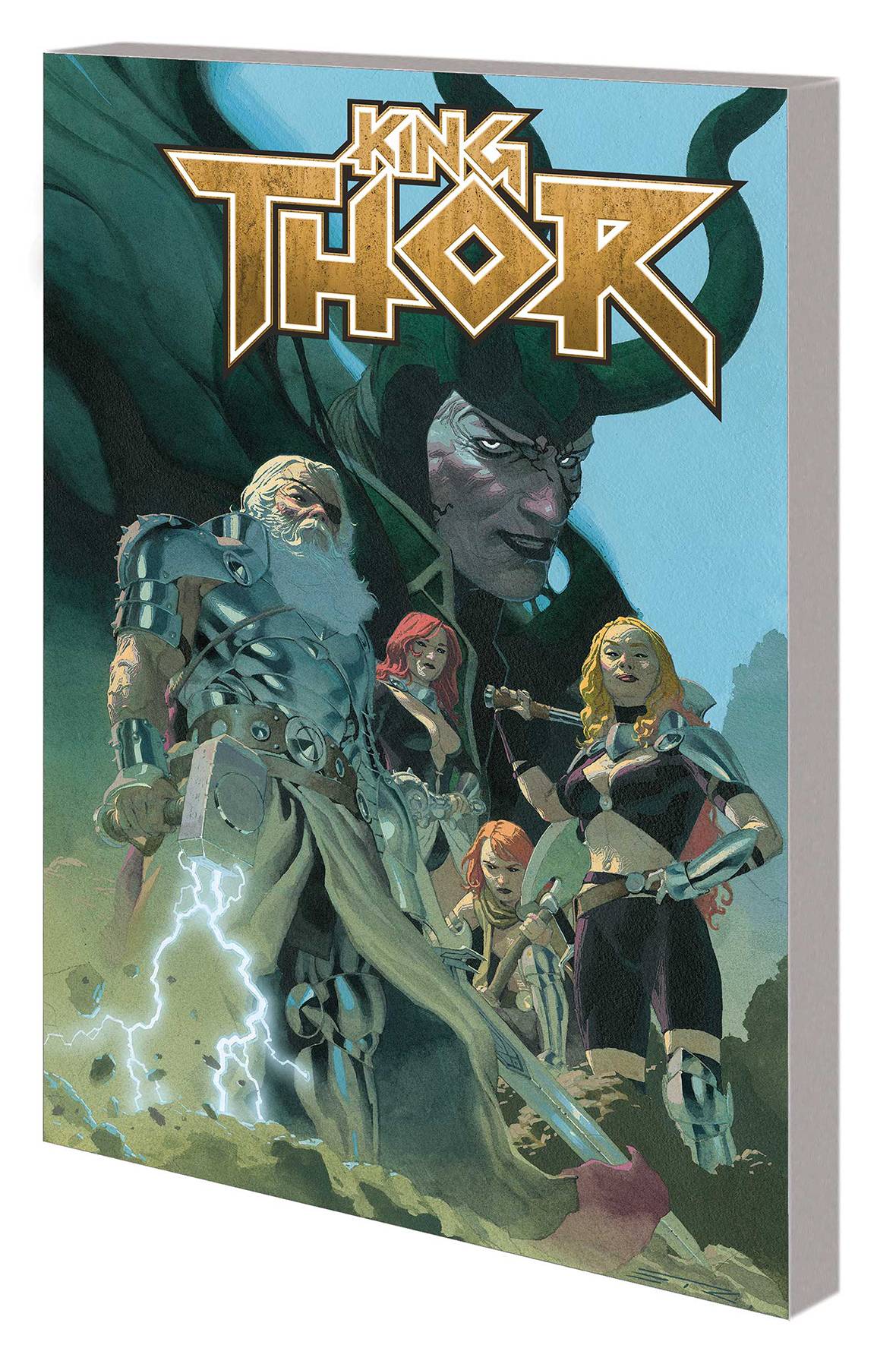 #
DEC190986
(W) Jason Aaron (A) More (A/CA) Esad Ribic
One last ride with the almighty lord of Asgard! Jason Aaron reunites with Esad Ribic to conclude the epic saga they began in THOR: GOD OF THUNDER! Seven years ago, Aaron and Ribic introduced the Thor of the far future - All-Father of a broken realm and a dying universe - as he stood in battle against Gorr, the Butcher of Gods, wielder of All-Black the Necrosword. But now that nefarious blade has returned, in the hands of Thor's all-time-greatest enemy: his adopted brother, Loki! It's time for one final, cataclysmic showdown - but even worse is still to come as the ultimate end of all things grows near! A who's who of Aaron's past THOR collaborators, along with a few surprise guests, stop by to bring down the curtain on a glorious era in thunderous style! Collecting KING THOR #1-4.
Rated T+
In Shops: Mar 18, 2020
SRP: $15.99
ORDER WISH LIST