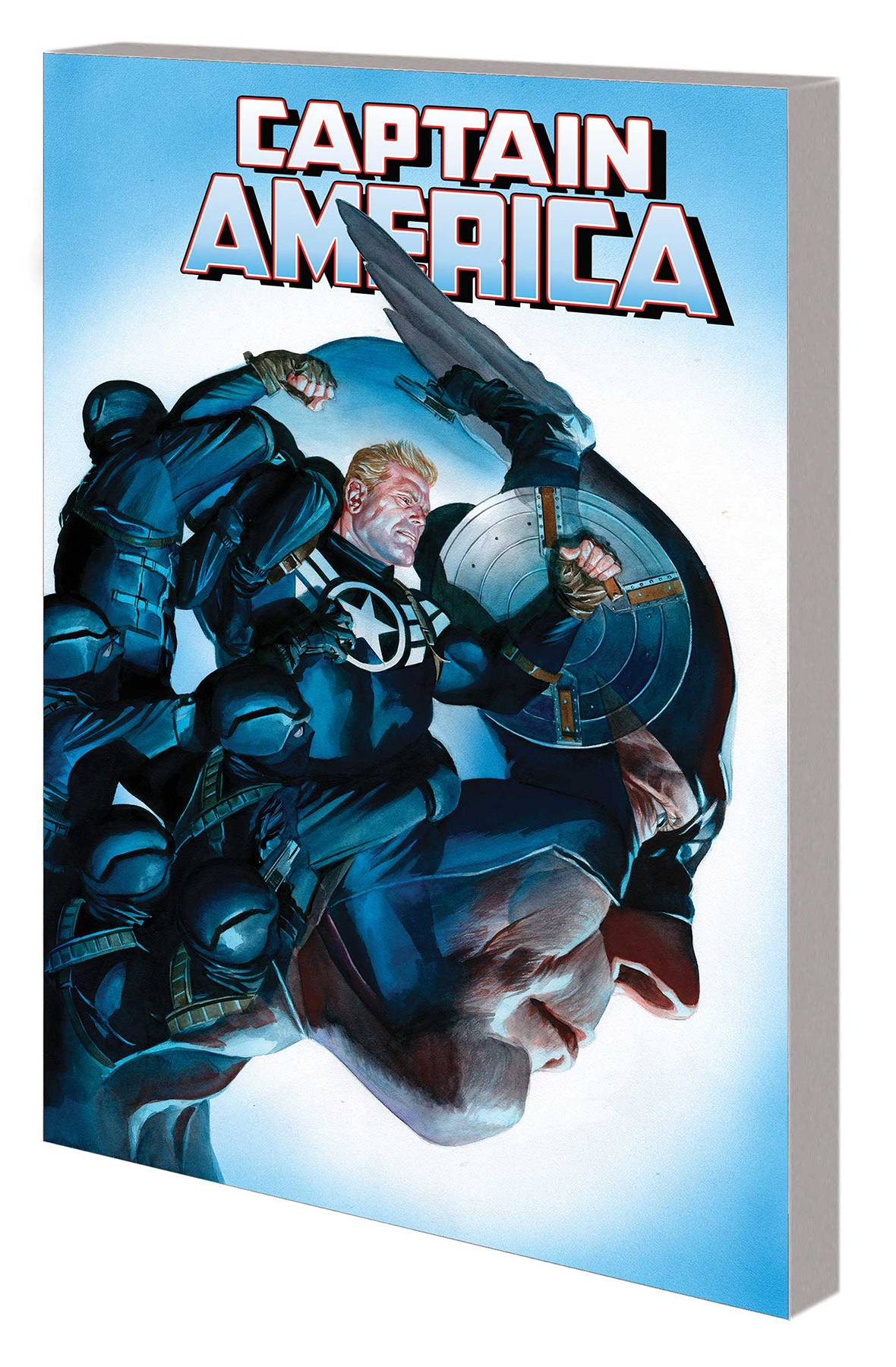 #
DEC190985
(W) Ta-Nehisi Coates (A) Jason Masters, More (CA) Alex Ross
Captain America must find a way to prove his innocence. Framed for a crime he did not commit and pursued by a dogged Nick Fury, Steve Rogers takes the fight back to the Power Elite and their insidious minions - with help from the Daughters of Liberty! First, it's a trip to the border with White Tiger to uncover secrets behind the group known as THEM! Then, Cap and Mockingbird journey to Iowa, where THEM holds an entire town in thrall! And Cap and Jessica Drew must tackle a familiar foe who is contaminating the water supply of a rust belt city! But when the killing of a cop sets off a powder keg in the New York streets, can Cap help Misty Knight contain it - while remaining one step ahead of the conspiracy against him? Collecting CAPTAIN AMERICA (2018) #13-19.
Rated T+
In Shops: Mar 25, 2020
SRP: $19.99
View All Items In This Series