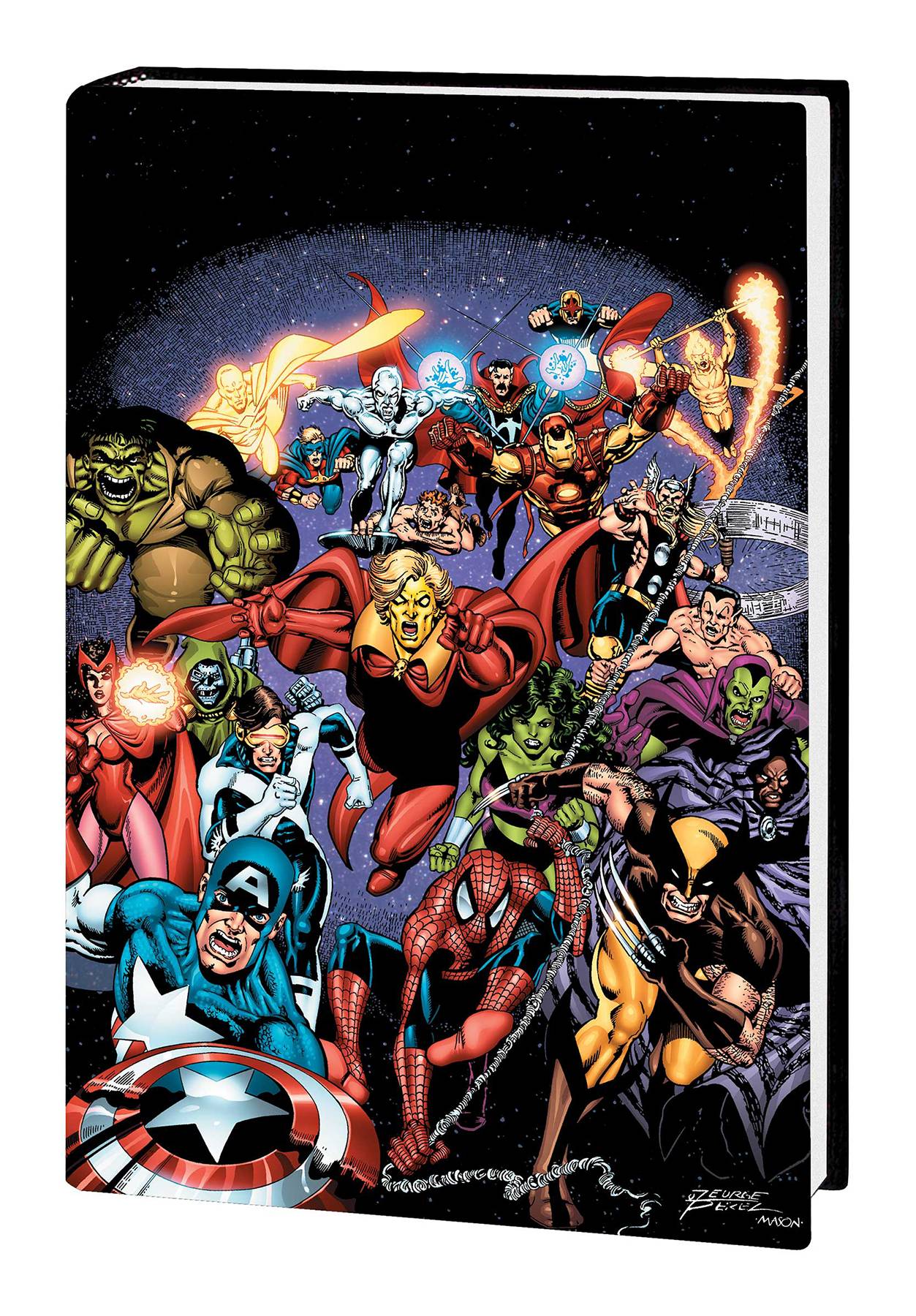 #
DEC190973
(W) Jim Starlin (A) Ron Lim (A/CA) George Perez
Continuing the series of graphic novels handpicked by Marvel Editorial to showcase pivotal storylines written and drawn by some of Marvel's most acclaimed creators! For the dark Titan, Thanos, the Infinity Gauntlet was the Holy Grail - the ultimate prize to be coveted above all else. With it came omnipotence: absolute control of all aspects of time, space, power, reality, the mind and the soul. But Thanos gaining supreme might meant the beginning of a dark nightmare for the entire universe. Now, on the edge of Armageddon and led by the mysterious Adam Warlock, Earth's heroes join in a desperate attempt to thwart this nihilistic god's insane plunge into galactic self-destruction. Should the heroes fail, the astral gods of the universe wait to step into the fray. But in such an awesome cosmic conflict, will anyone survive? It's one of the greatest blockbusters of all, from cosmics maestro Jim Starlin, the legendary George Pérez and fan-favorite Ron Lim! Collecting INFINITY GAUNTLET (1991) #1-6.
Rated T+
In Shops: Jul 01, 2020
SRP: $29.99
ORDER WISH LIST