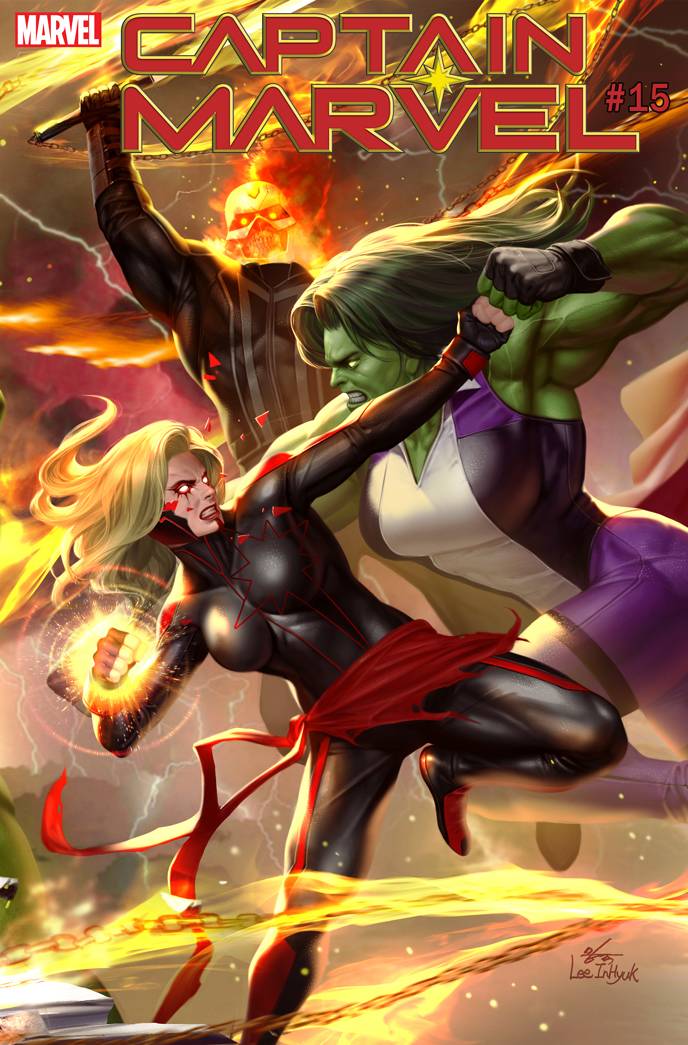 #
DEC190920
(W) Kelly Thompson (A) Lee Garbett (CA) In-Hyuk Lee
"THE LAST AVENGER" PART 4: DESPERATE MEASURES
Captain Marvel had 24 hours to kill five Avengers - and she's dangerously close to failing. Carol's plan was always flawed, but as she nears the endgame, those flaws are becoming fatal. As Vox Supreme's true plans for five dead Avengers emerge, it's more important than ever that Carol not fail today.
Rated T+
In Shops: Feb 19, 2020
SRP: $3.99
View All Items In This Series