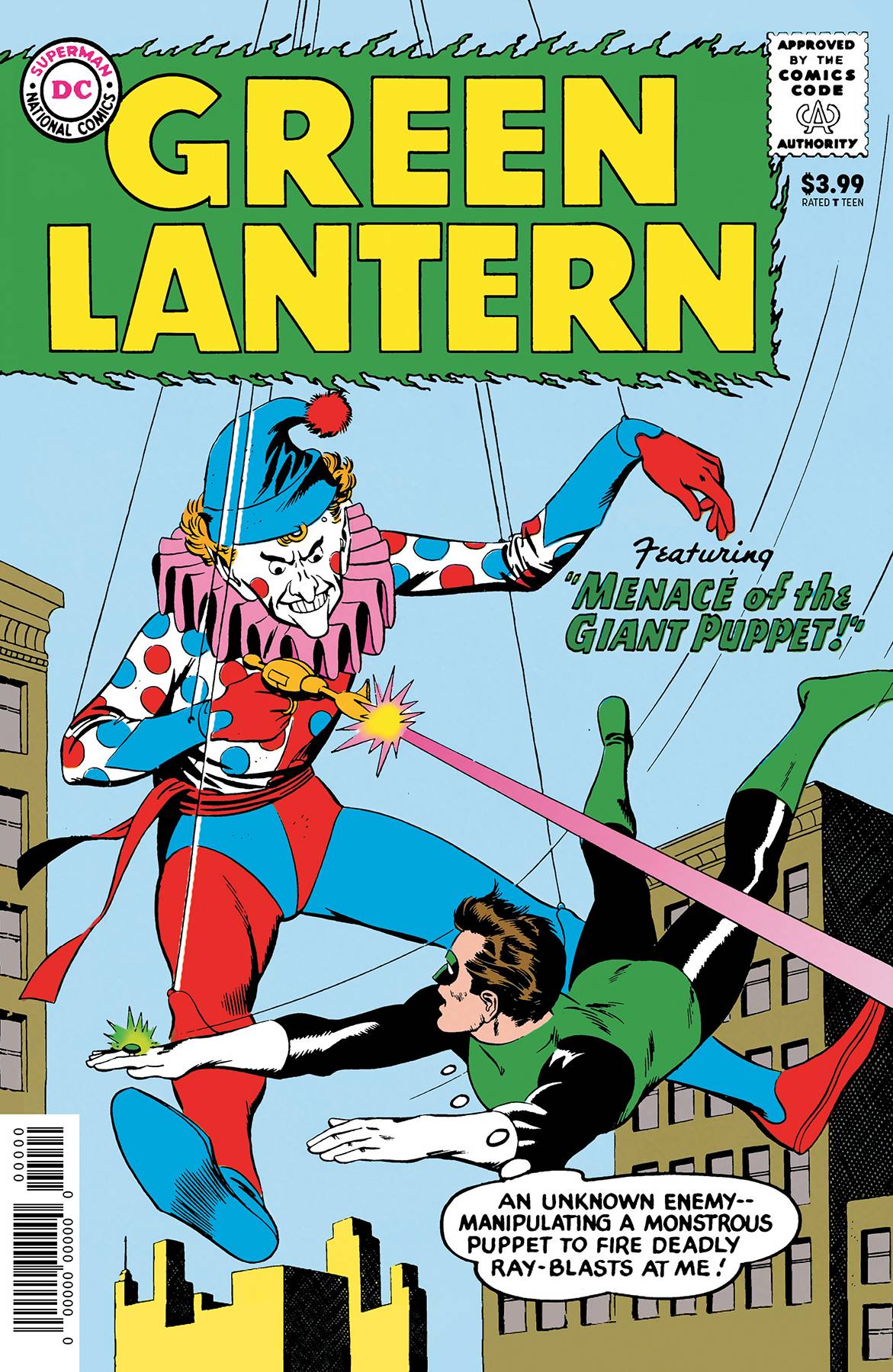 #
DEC190424
(W) John Broome (A) Murphy Anderson (A/CA) Gil Kane, Joe Giella
Hal Jordan's journey as Green Lantern begins in this facsimile edition of 1960's Green Lantern #1! As the new Green Lantern of Earth, Hal's worthiness is tested by the Guardians of Oa in "The Planet of Doomed Men!"-as he's sent to save the inhabitants of the planet Calor from a beast that lives in a volcano! And in "Menace of the Giant Puppet!," the Puppet Master forces ordinary citizens to do his criminal bidding-and targets Hal Jordan at the annual Coast City parade!
In Shops: Feb 05, 2020
SRP: $3.99