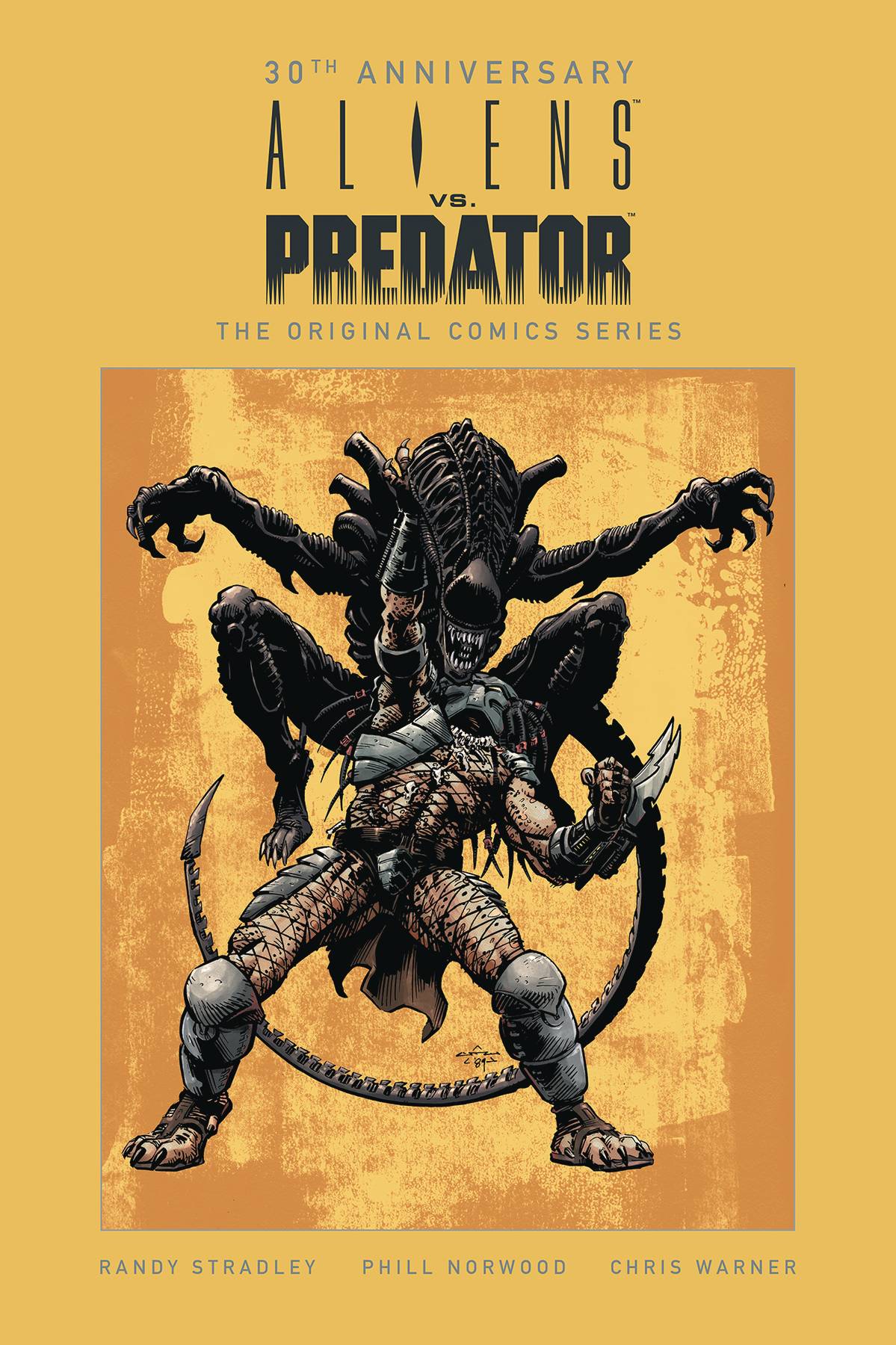 #
DEC190247
(W) Randy Stradley (A) Phil Norwood (A/CA) Chris Warner
Throughout history, the screen's mightiest monsters have clashed: in the 1940s it was Frankenstein Meets the Wolfman, in the '60s it was King Kong vs. Godzilla, and in the '90s it was Aliens vs. Predator! Fourteen years before the Aliens and the Predators met on film, they collided in the pages of a comic book. Now, on the thirtieth anniversary of that battle, the original comics stories are collected in one massive volume!
In Shops: Jul 01, 2020
SRP: $44.99
ORDER WISH LIST