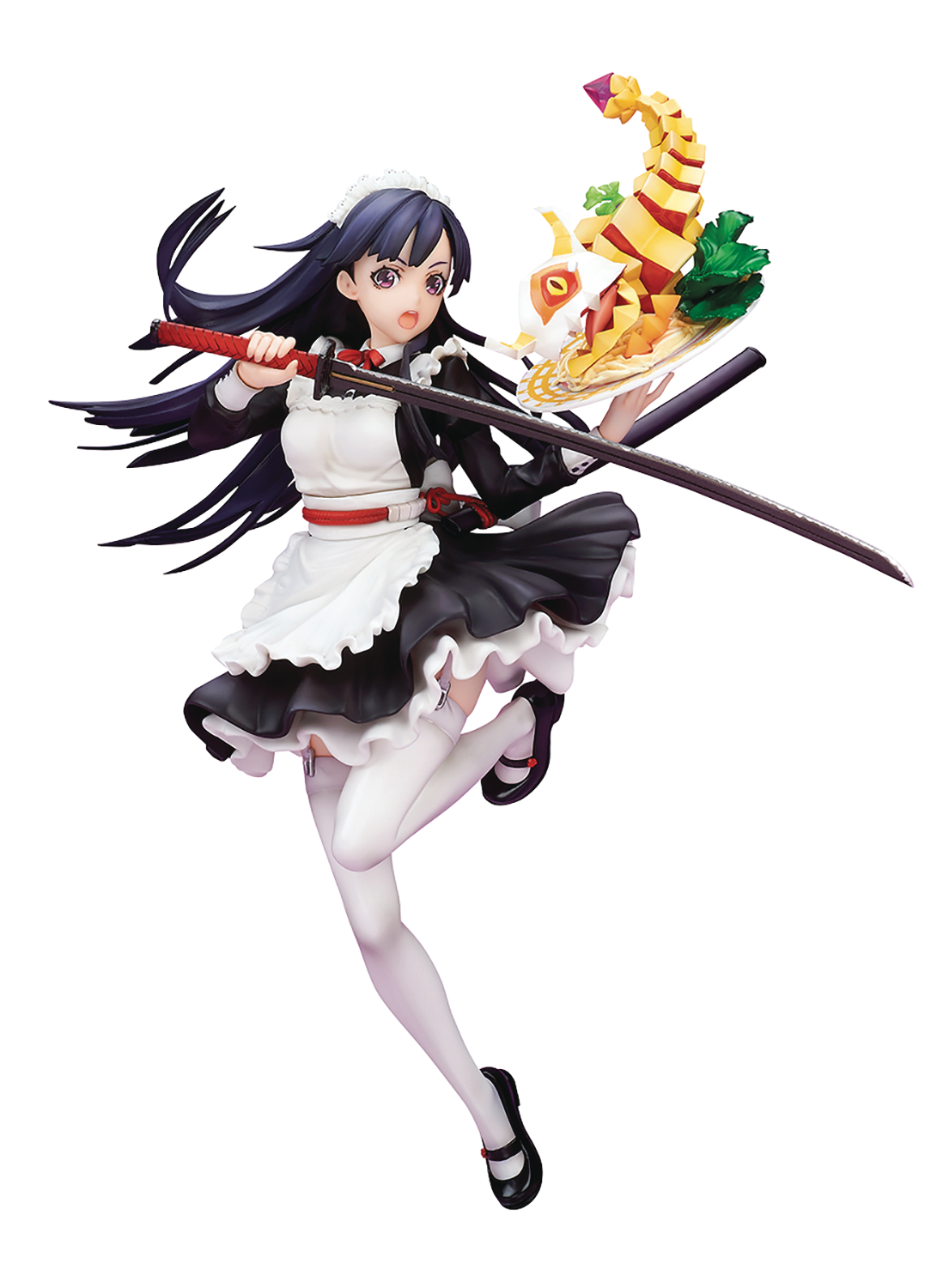 DEC189063
From QuesQ. From 7th Dragon 2020-II comes a figure of the female samurai character known as Katanako! She comes wearing a maid outfit instead of her normal uniform, but even as she's preparing to serve up some food, her sword is drawn and ready to strike down her opponent at a moment's notice. The figure is full of movement, with Katanako barely balanced on one foot as if caught by surprise. Her hair and fluttering skirt capture the motion in her pose, as does her plate of food, which looks like it's about to fly away. Katanako stands about 8 1/2" tall.