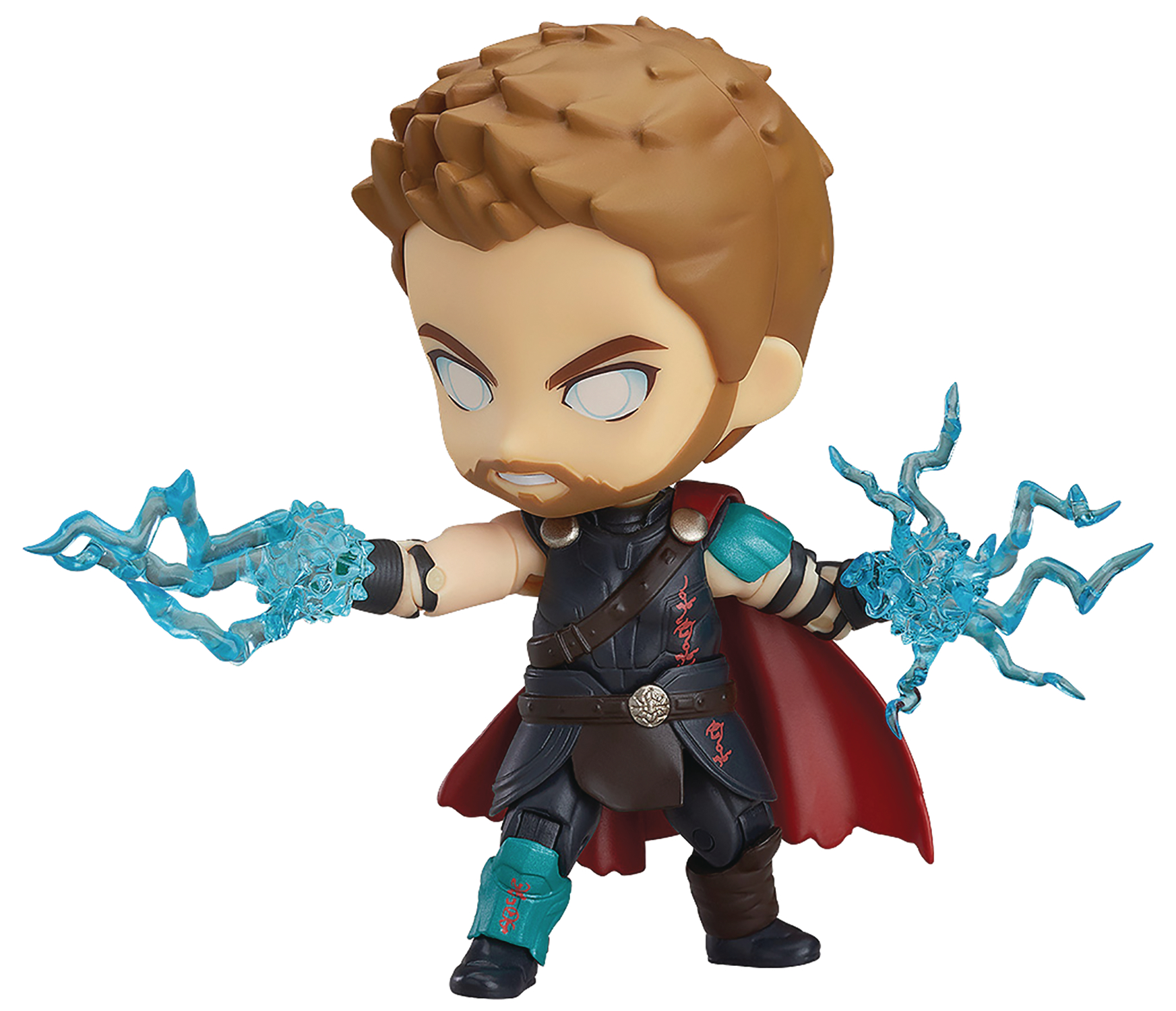 DEC188976
From Good Smile Company. From the hit movie Thor: Ragnarok comes a Nendoroid of Thor! He comes with four different face plates including a serious expression for heading into battle, a rather cute shouting expression, an expression with white eyes for when he uses his lightning powers as well as the highly-requested eye patch face plate. Optional parts include the swords that were featured in the movie, a club, his shield, the helmet from his confrontation with the Hulk and hand-lightning effect parts! Additionally, two blasters that he used with Loki are included, so you can recreate the scene of the brothers fighting together. Parts depicting the scene of the Berserkers gathering at the Bifrost are included, so you can capture the impressive scene after Thor's power awakening. 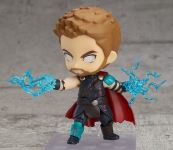