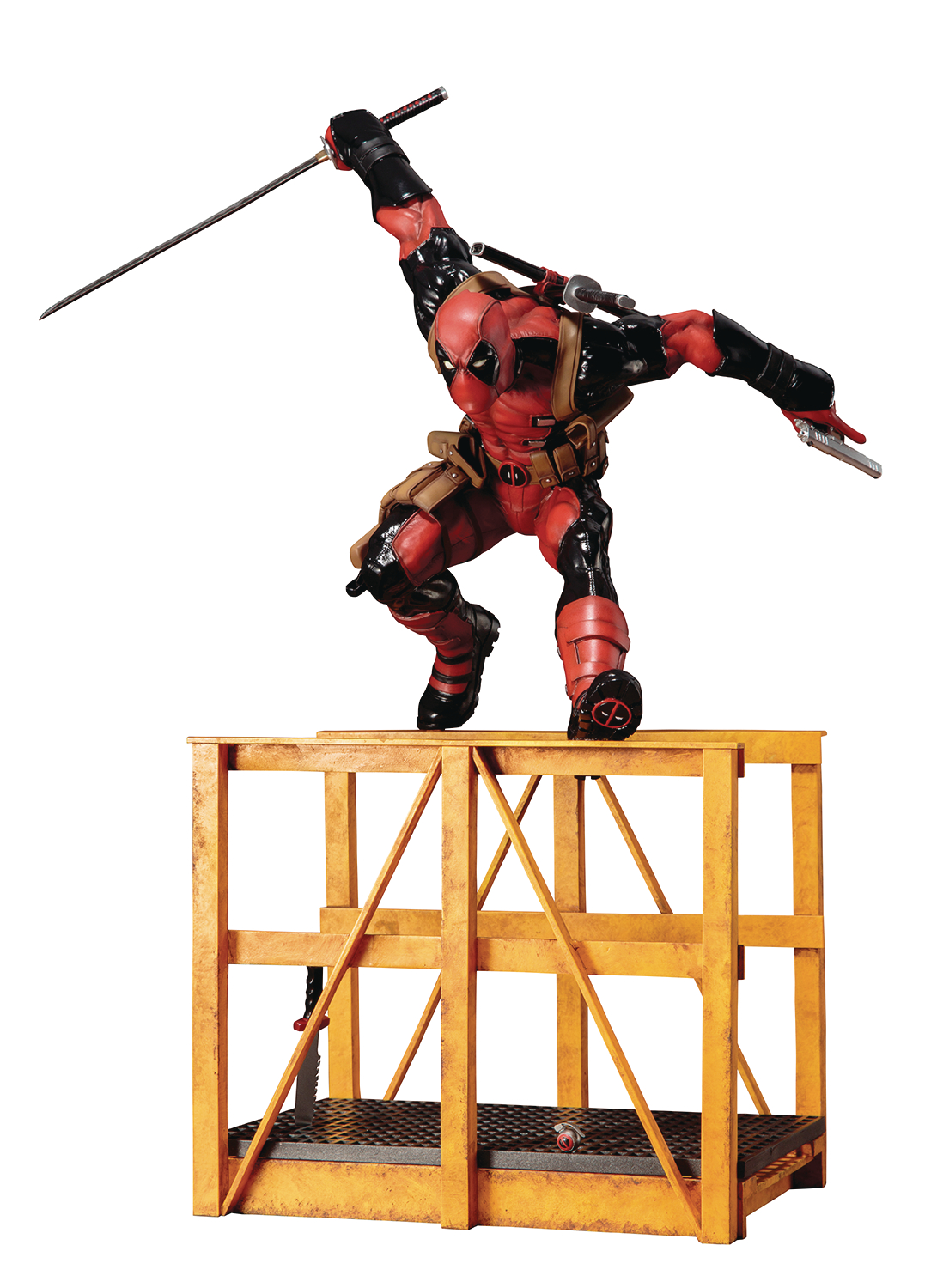 DEC188881
From Kotobukiya. 2017's Super Deadpool is making a return to Kotobukiya's ARTFX series! A mercenary who is proficient with any bladed weapon or firearm and yet petrified of death, Wade Wilson underwent a variety of changes when he was injected with an artificial version of Wolverine's healing factor that transformed him into one of the most dangerous heroes, Deadpool! Sculpted in an aggressive combat pose, this 1/6-scale rendition of the boisterous hero stands just over 12" tall. Deadpool stands atop a rusted catwalk base that evokes the atmosphere of a battle inside an abandoned factory plant. The statue also comes with an assortment of the hero's favorite weapons, with holsters for his katanas, three handguns, and the knife he keeps in the sheath on his right leg, as well as interchangeable hand parts allowing him to hold the weapons. On top of all of that, the statue also comes with a flag part for the barrel of the gun, a hand grenade with the Deadpool mark, and "pew pew" hand parts.