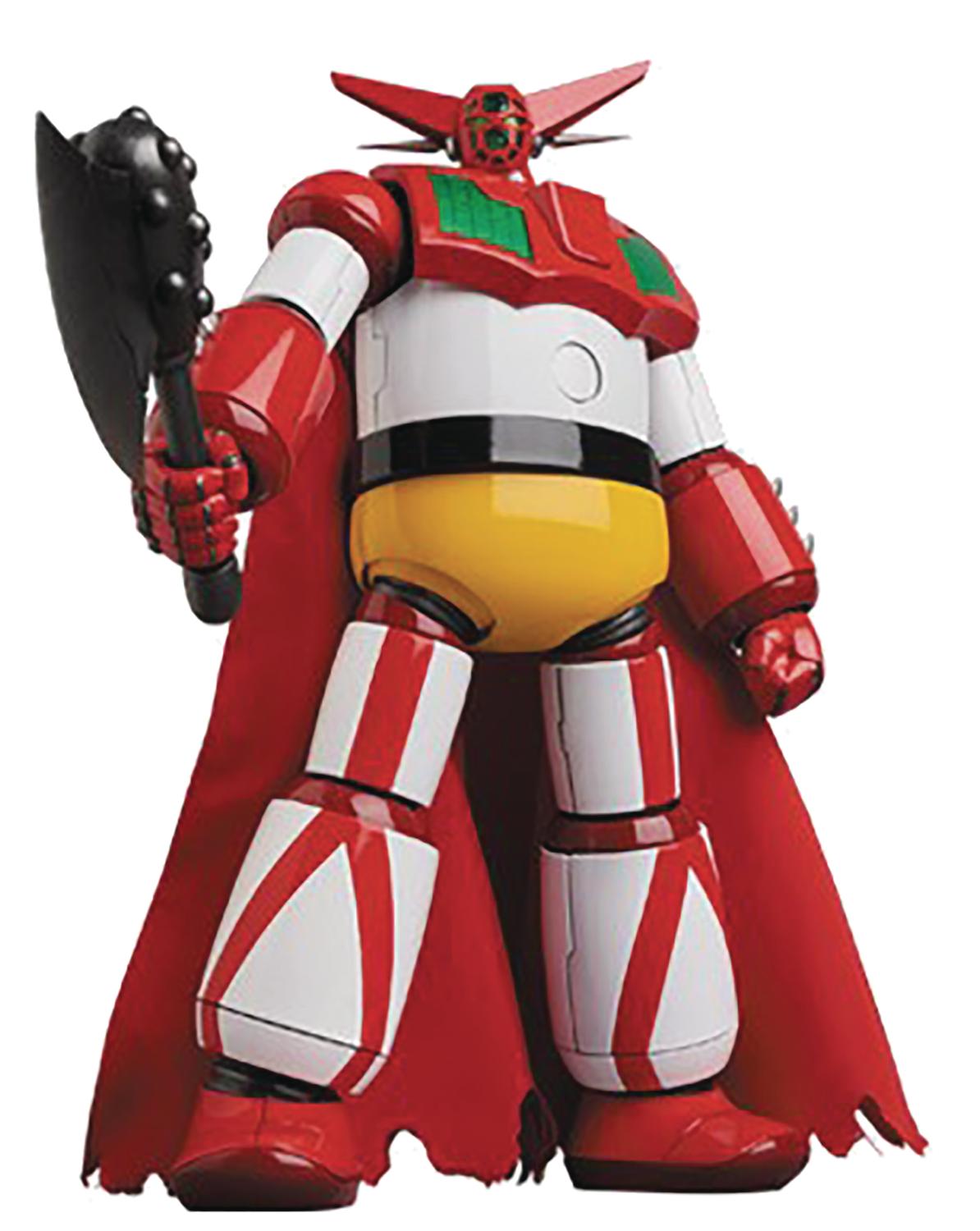 DEC188812
From 5pro Studio. The second entry in the Carbotix line-up is the Getter 1 from Shin Getter Robot! Standing 9" tall and made with die-cast metal, this Getter 1 comes with interchangeable hands, mantle made from real cloth, Getter Tomahawk and 2 Getter Machine Guns completed with connector parts to recreate the expansion effect from the animation. The toy also features a LED light-up system for the head and chest parts, and the Getter Beam can be opened and light-up as well through a switch on the back of the robot!