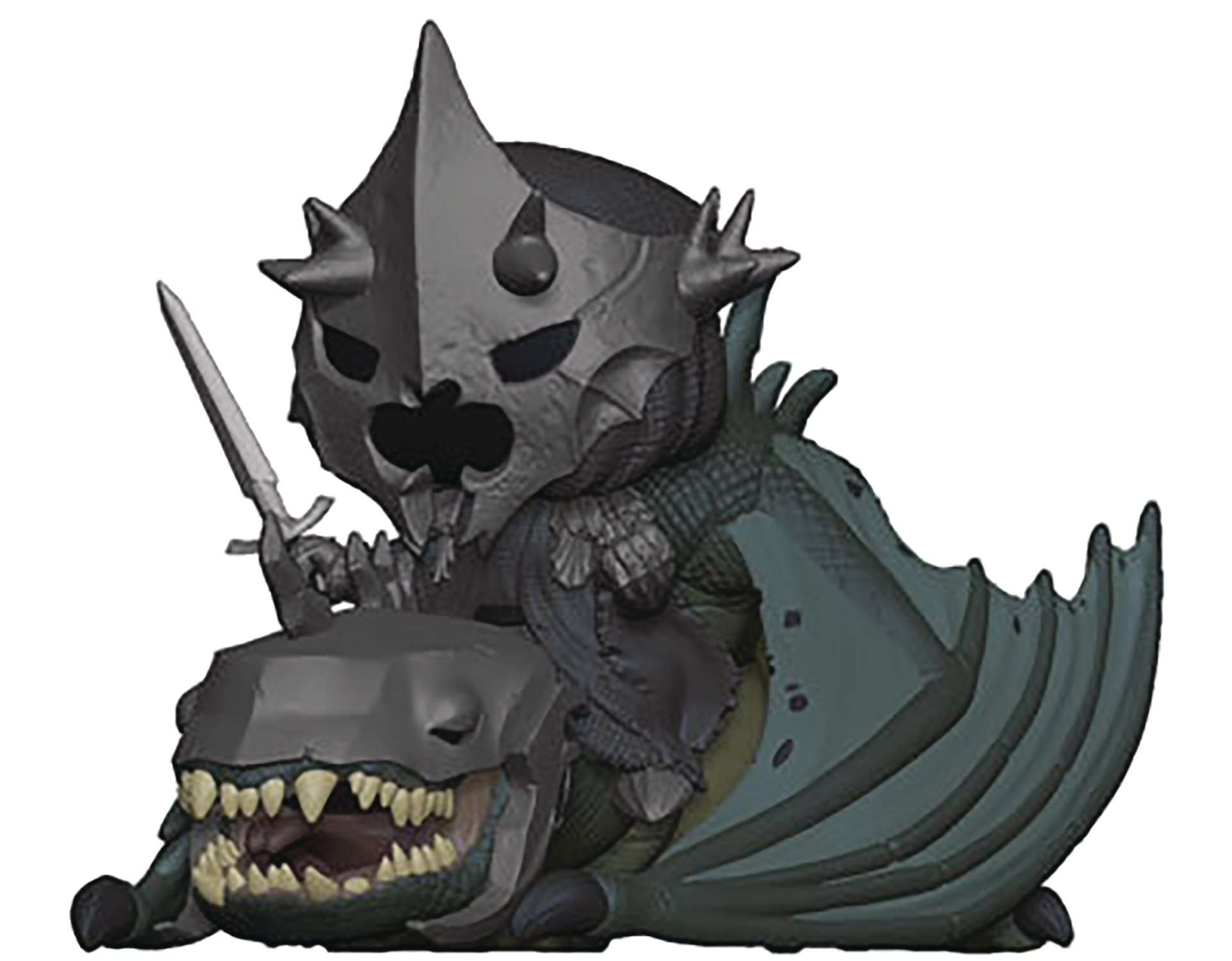 DEC188349
Whether you're a fan of The Lord of the Rings and Middle-Earth or just really into terrifying characters and creatures, this Pop! Rides has a lot going for it. Starting with the Fellbeast, the utterly terrifying flying wyvern-like creature that terrorized pretty much everyone in the War of the One Ring. The Witch-king riding this fellbeast isn't exactly a slouch either. The Witch-king of Angmar, leader of the Ringwraiths, terrorized Middle Earth until Éowyn did what no man could.  Each Pop! Rides figure measures about 6" tall and comes packaged in a window box for easy display!
In Shops: Jul 17, 2019
SRP: $29.99