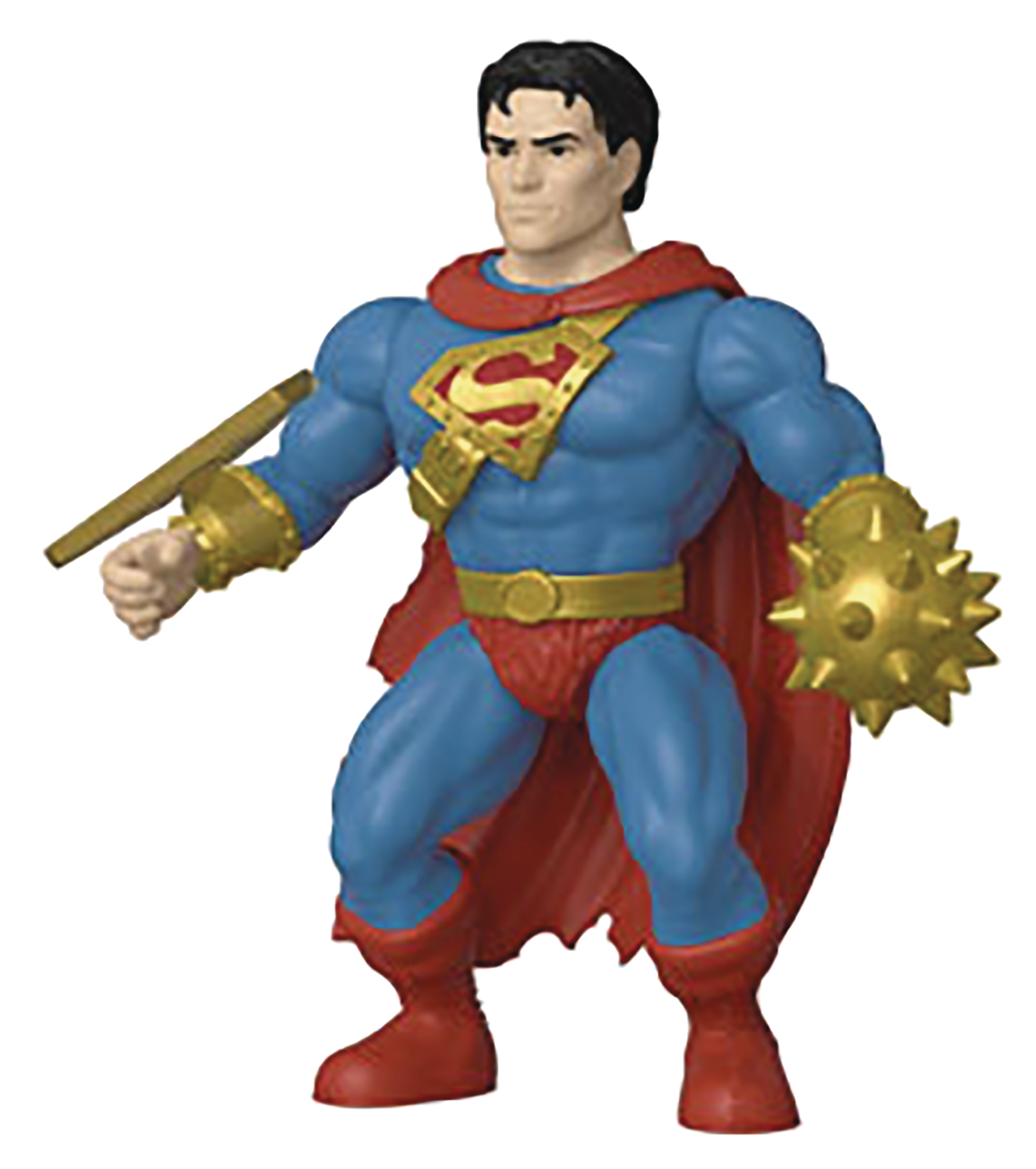 DEC188296
From Funko. The '80s were an undeniably glorious decade for toys and action figures in particular. The heroes were ripped and the playsets were epic. Combine that aesthetic with DC's greatest Super Heroes and Super-Villains and you get DC Primal Age: a brutal, barbaric world ruled by ferocious warriors. Superman and his beast ride Krypto the Superdog are teaming up with The Flash against Black Manta, Lex Luthor, and Bizarro. The weapons are enormous, the attire is rugged and the battles promise to be epic. Horde them all!