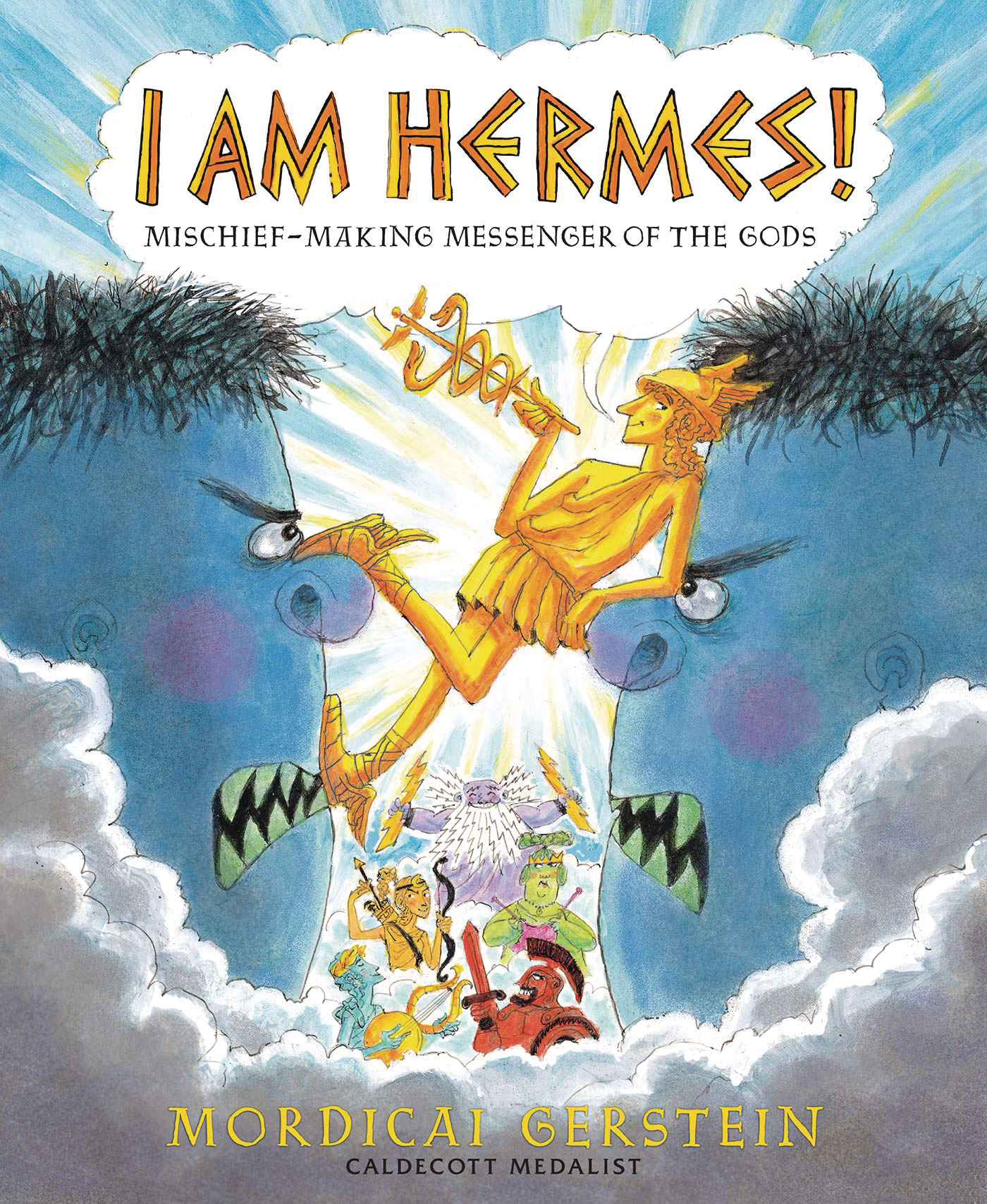 DEC181913
(W) Mordicai Gerstein (A/CA) Mordicai Gerstein
At birth, Hermes, son of Zeus and the Nymph Maia, says his first word: "Gimme!" In this brilliant, hilarious graphic novel about the mischievous, fun-loving messenger of the gods, Caldecott Medal winner Mordicai Gerstein, transports classical mythology to the 21st century. On his first day of life, Hermes manages to trick a turtle into surrendering its shell and a ram into surrendering its horns, thereby inventing the lyre, music, and song! He also manages to steal his brother Apollo's precious cows, but later redeems himself by outwitting the giant brothers Otus and Ephialtes, who have kidnapped Mars. These adventures and more, all derived from classical mythology, are told with great humor as well as a twenty-first century sensibility.
In Shops: Sep 25, 2019
SRP: $18.99