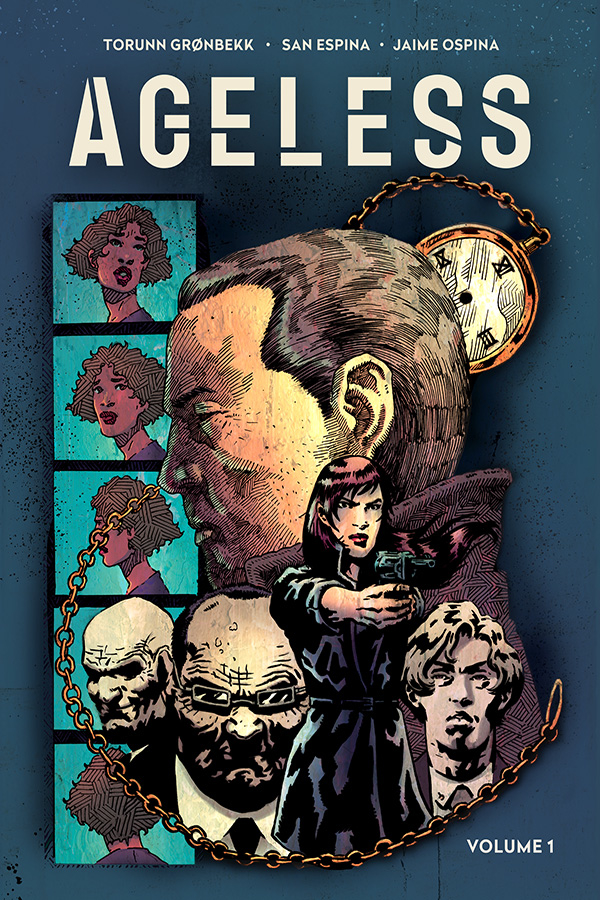 DEC181759
(W) Torunn Gronbekk (A) Jamie Ospina (A/CA) San Espina, Dee Cunniffe
For almost a century, St. John thought his life was over. As it turns out, it was just on hold. When he and his former commander discovers an old friend brutally murdered, they embark on a journey to uncover the truth about the death of their friend, which soon turns out to be a small part of a much bigger game. For St. John and a group of others are immortals and their time to hide away in this modern age of technology may now be running out. Collects issues #1-6.
In Shops: Feb 27, 2019
SRP: $18.99
View All Items In This Series