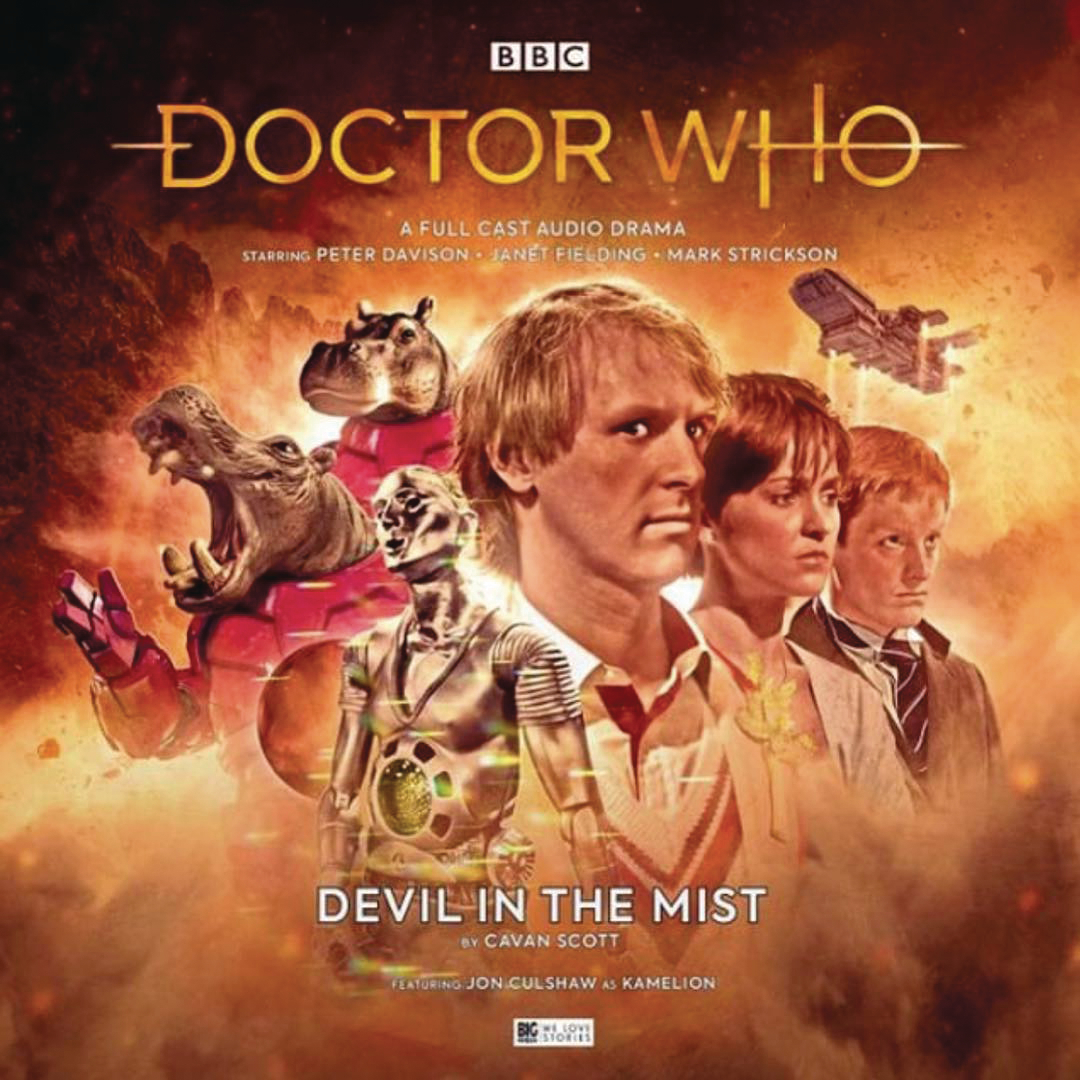 DEC181684
(W) Cavan Scott
Starring Peter Davison as the fifth Doctor with Janet Fielding as Tegan, Mark Strickson as Turlough, and Jon Culshaw as Kamelon. The TARDIS deposits the Doctor, Tegan, Turlough, and their android ally Kamelion aboard a prison ship. A ship with just one prisoner: Nustanu, last warlord of the Zamglitti, monstrous, mind-bending mimics able to turn themselves into mist. A ship that's in trouble, and about to make a crash-landing. On a planet of mists.
In Shops: Apr 17, 2019
SRP: $24.99