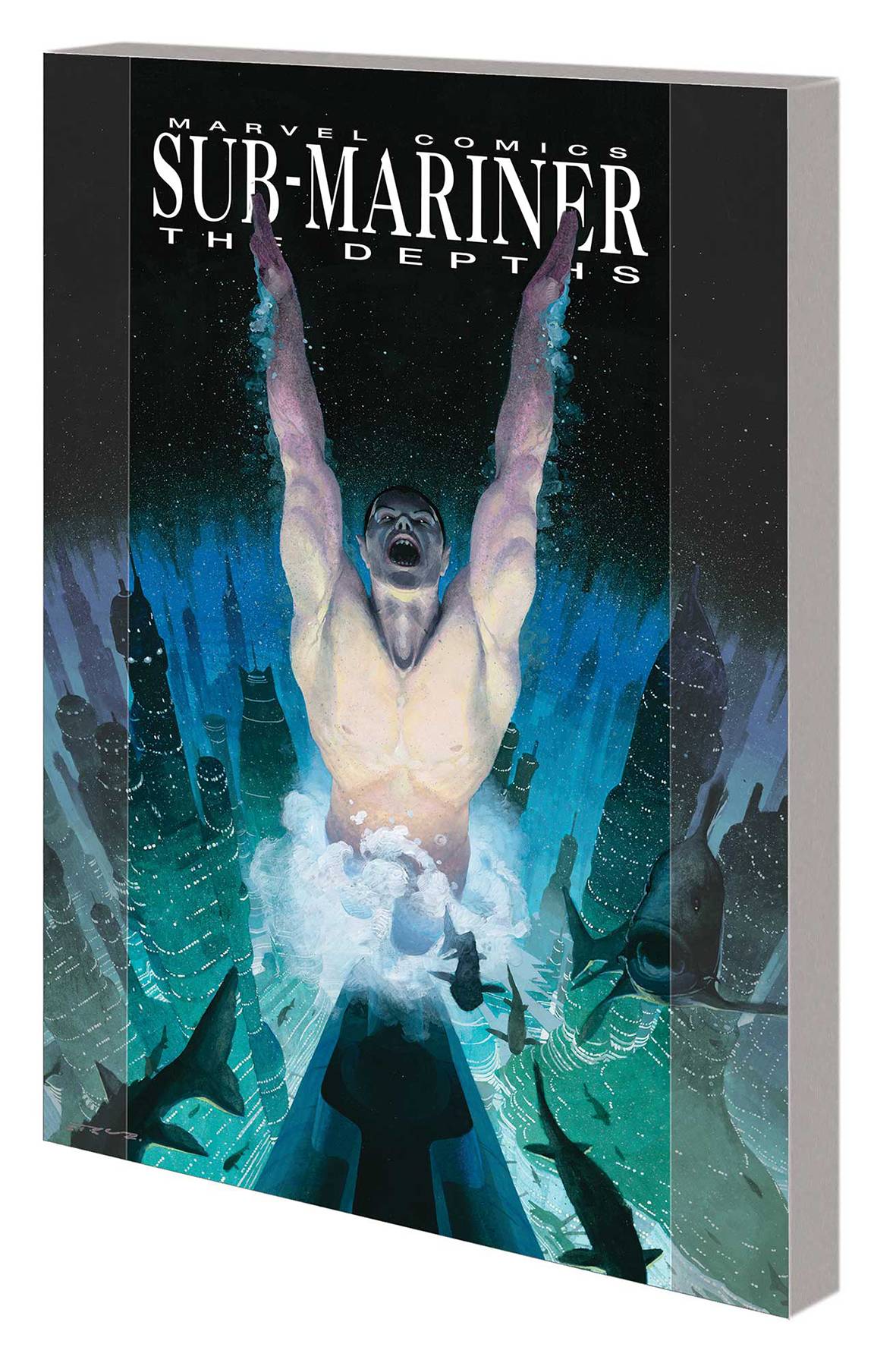 #
DEC181062
(W) Peter Milligan (A/CA) Esad Ribic
It is the 1950s, the age of nuclear science, and myth-buster Dr. Randolph Stein embarks on a dangerous deep-sea quest to disprove the existence of the legendary underwater city of Atlantis. But Stein is soon confronted by the growing threat of mutiny within his superstitious submarine crew, and a series of horrific and unexplainable events that test his rational, scientific mind. Atlantis just might be real, after all - and its protector, the dreaded Sub-Mariner, will do anything to prevent its discovery! To survive the black waters of the depths, Stein is forced to question everything he stands for. Writer Peter Milligan and painter Esad Ribic take you deep into the ocean's secret places - to an unknown world where man's own fear and guilt drive them mad, and a mysterious manlike figure haunts the depths. Collecting SUB-MARINER: THE DEPTHS #1-5.
Parental Advisory
In Shops: Feb 27, 2019
SRP: $17.99
ORDER WISH LIST