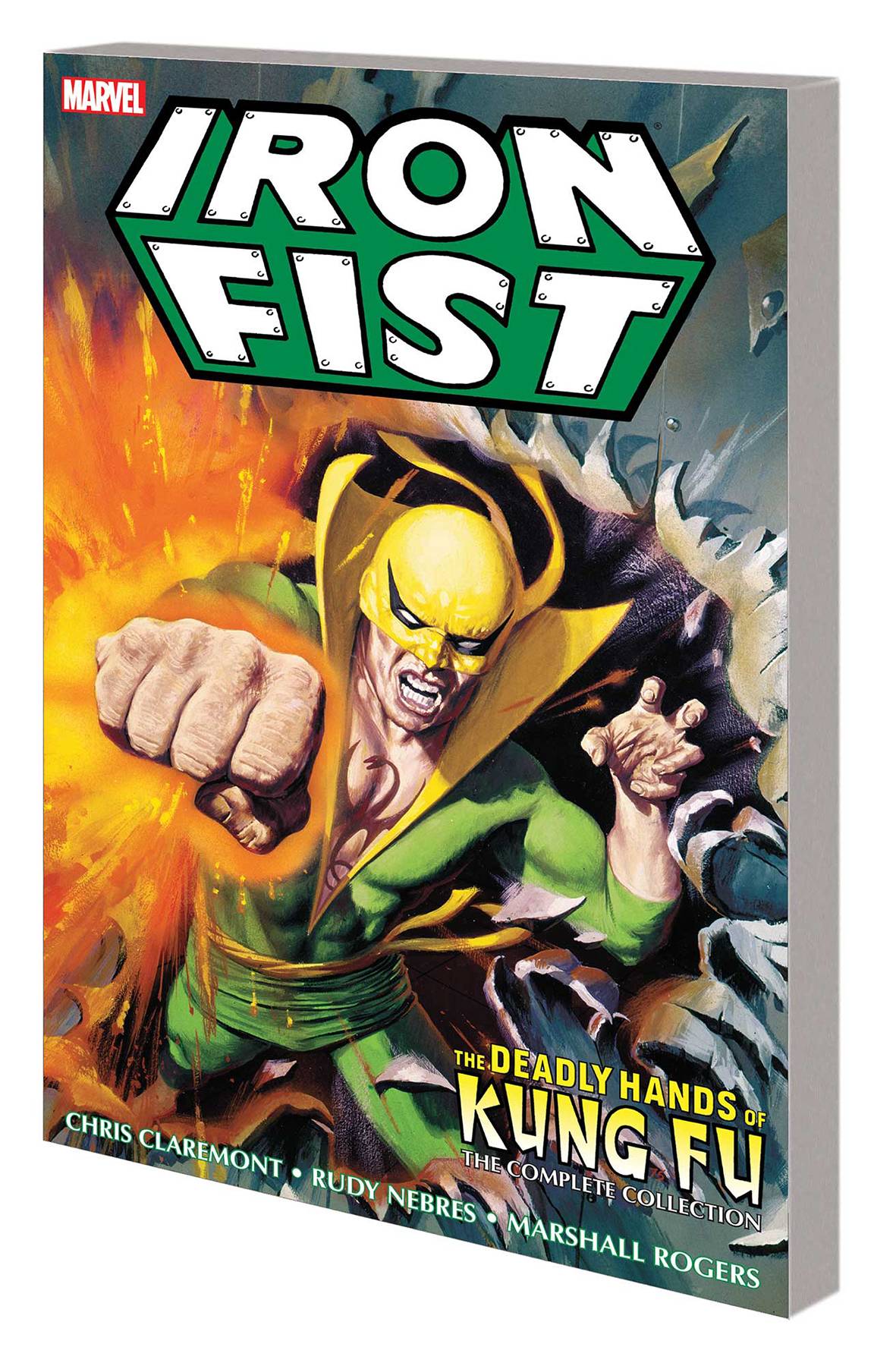 #
DEC181061
(W) Chris Claremont, Bill Mantlo, More (A) Rudy Nebres, Marshall Rogers, More (CA) Ken Barr
Danny Rand, wielder of the peerless power of the Iron Fist, must defend the mystical realm of K'un-Lun - but Dhasha Khan has a plan that will test Iron Fist's mettle unlike ever before! The warrior-sorcerer seeks the spirit of the Firebird, a woman protected by Iron Fist - but Khan has the Silver Dragon at his side, someone with a deep and disturbing connection to Danny Rand! It's a confrontation that risks Iron Fist's very soul, brought to you by master storyteller Chris Claremont and artist Rudy Nebres, whose lush inkwash illustrations convey the power and majesty of martial arts like none other! Also featuring the solo adventures of Iron Fist's colleagues Misty Knight and Colleen Wing, the Daughters of the Dragon! Collecting material from DEADLY HANDS OF KUNG FU (1974) #10, #18-24, #29, #31-33 and SPECIAL; and BIZARRE ADVENTURES #25.
Rated T+
In Shops: Feb 27, 2019
SRP: $39.99
ORDER WISH LIST