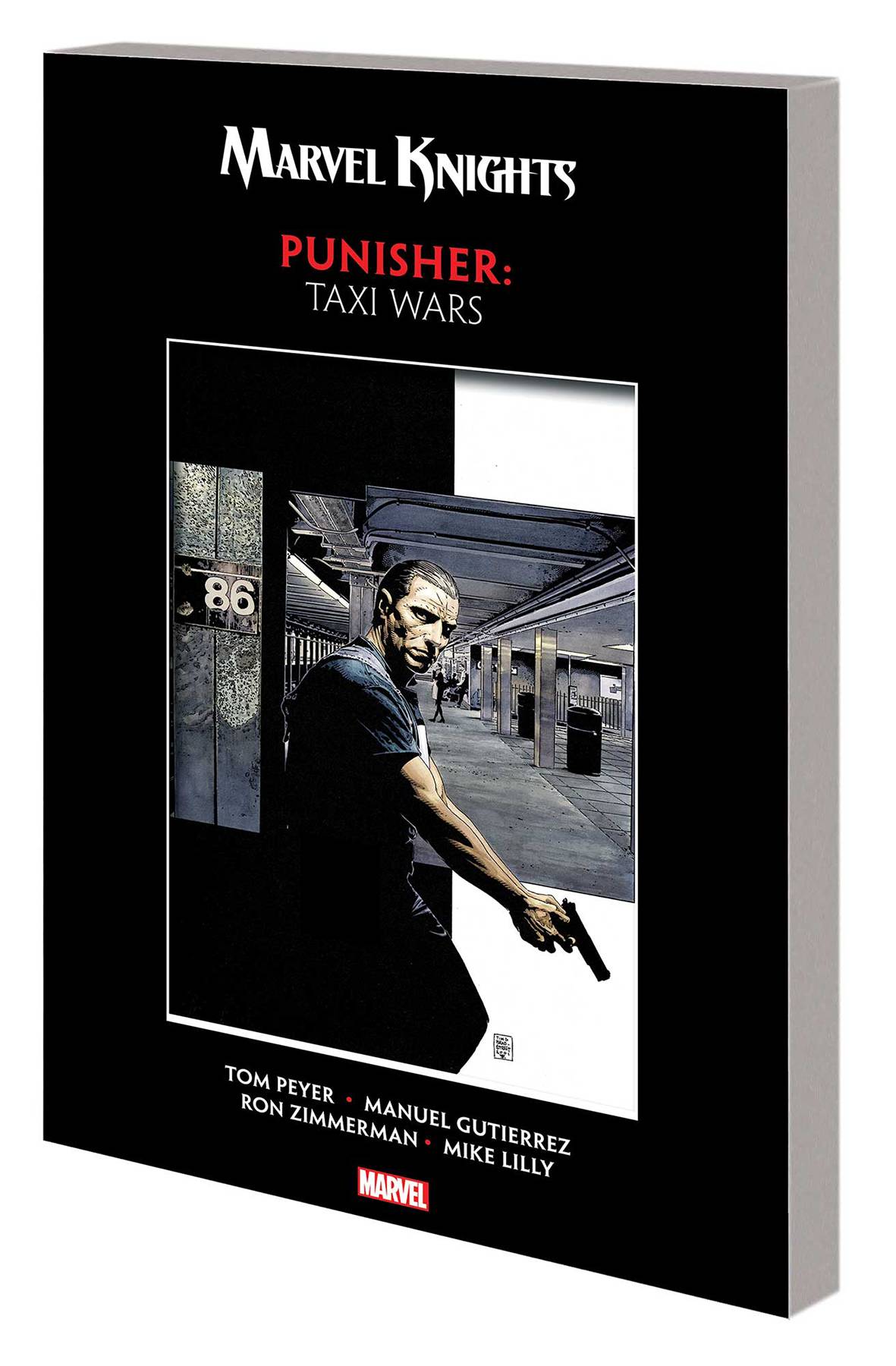 #
DEC181051
(W) Tom Peyer, Ron Zimmerman, More (A) Manuel Gutierrez, Mike Lilly, More (CA) Tim Bradstreet
Taxi for Frank! A new menace called the Medallion wants control of every cab in New York City - can the Punisher stop this maniac's meter before a taxi war erupts, or will Medallion's mechanic Mr. Badwrench and his deadly Cabattoir turn the Big Apple into a slaughterhouse? Meanwhile, Detective Soap gets a disturbing new girlfriend! Plus: Discover what would happen if the Punisher targeted...1920s mobster Al Capone?! And relive the Punisher's very first encounter with Spider-Man, from Frank's point of view! As the holidays roll around, the Punisher has his own Christmas list of who's naughty and nice! And it's serious business when Daredevil and the Punisher help the Black Widow face an old enemy! Collecting PUNISHER (2001) #8-12, PUNISHER X-MAS SPECIAL (2006) #1, SPIDER-MAN VS. PUNISHER #1 and material from MARVEL KNIGHTS DOUBLE-SHOT #4.
Parental Advisory
In Shops: Feb 27, 2019
SRP: $24.99