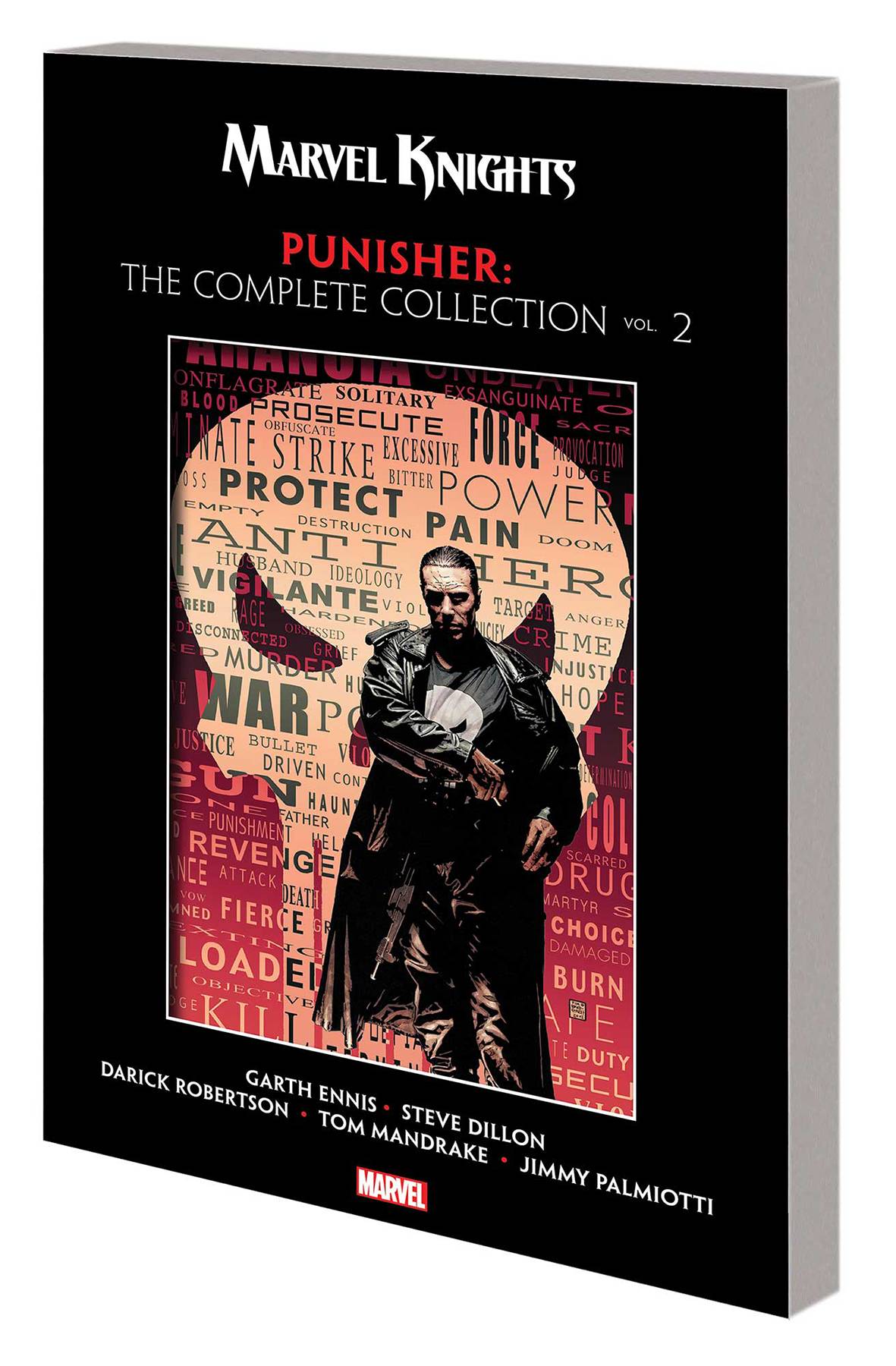 #
DEC181050
(W) Garth Ennis, Steve Dillon (A) Steve Dillon, Darick Robertson, Tom Mandrake, Joe Quesada (CA) Tim Bradstreet
Nobody writes the Punisher like Garth Ennis - and these brutal tales prove it! When ex-Marine Frank Castle saw his wife and children murdered by the mob, he began a war on crime! So why is he trying to rescue a Mafia don from angry guerrilla fighters in South Africa? And Frank faces off against Wolverine as the two compete to take down a bizarre underworld predator who's cutting off crime at the knees! Plus: Belfast-born Ennis brings Frank face-to-face with terrorism in Northern Ireland. The Punisher investigates a drug ring - and the cops meant to be dismantling it. Frank helps a social worker who has discovered a dark secret beneath the streets...and does a little dental work in a tale drawn by Joe Quesada! Collecting PUNISHER (2001) #6-7 and #13-26, and material from MARVEL KNIGHTS DOUBLE-SHOT #1.
Parental Advisory
In Shops: Mar 06, 2019
SRP: $39.99
View All Items In This Series