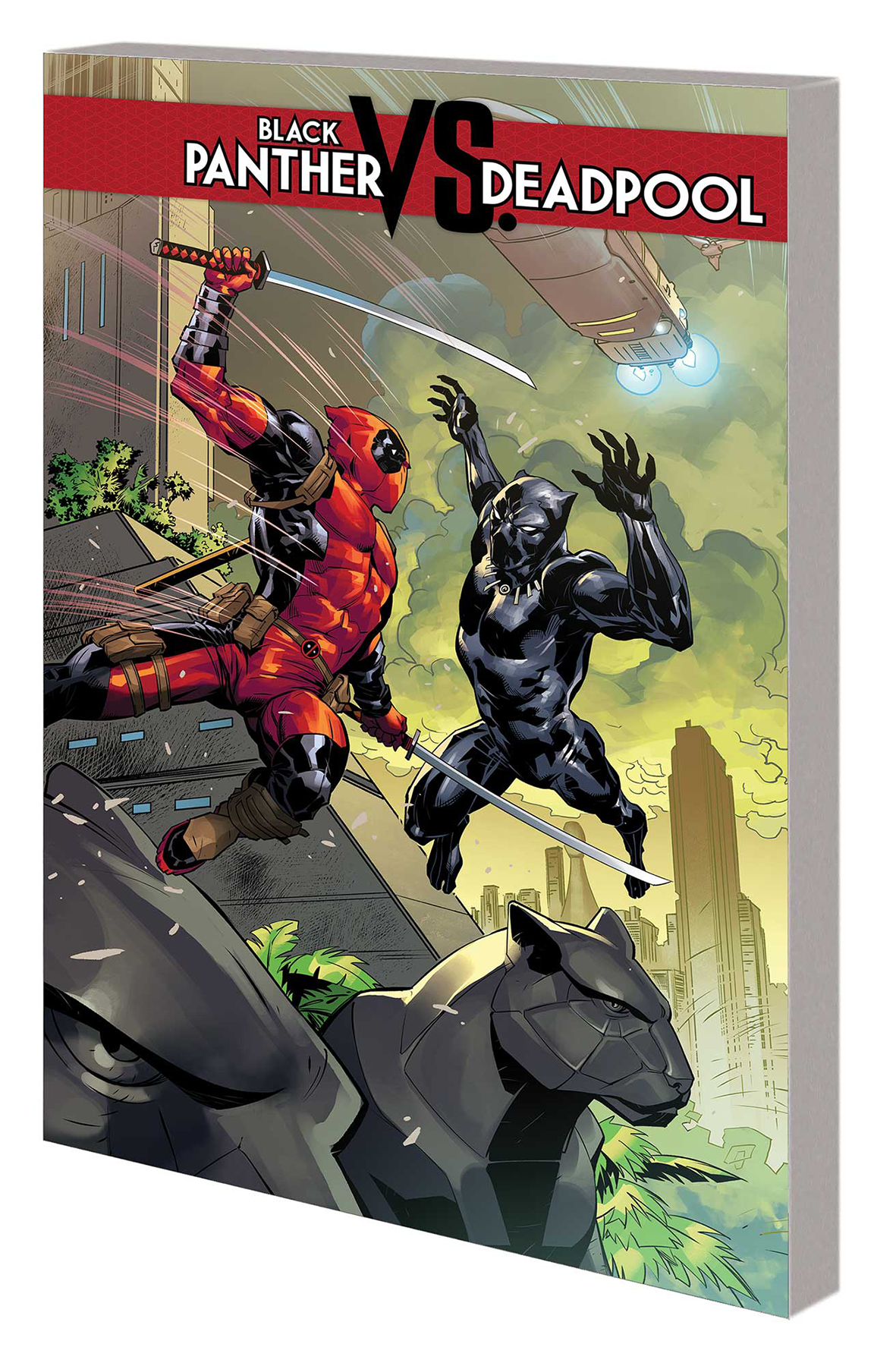 DEC181040
(W) Daniel Kibblesmith (A) Ricardo Lopez Ortiz (CA) Ryan Benjamin
Deadpool has teamed up with, taken down or taken a beating from just about every hero in the Marvel Universe - and no way is the Black Panther going to miss his turn! Prepare yourself for a hilarious romp through Wakanda as Wade Wilson goes on the hunt for the world's most valuable resource: Vibranium! But why does Deadpool want it? And what will T'Challa make of his motives? While the Panther's mind is distracted with the possibility of a revolutionary new technology that could change the world, Deadpool is about to learn you don't bring a sword to a claw fight! Someone's going to lose their head - but will it be Wade, T'Challa or the villainous Jack O'Lantern?! All this, plus...the unthinkable Pantherpool! Collecting BLACK PANTHER VS. DEADPOOL #1-5.
Rated T
In Shops: Mar 20, 2019
SRP: $15.99