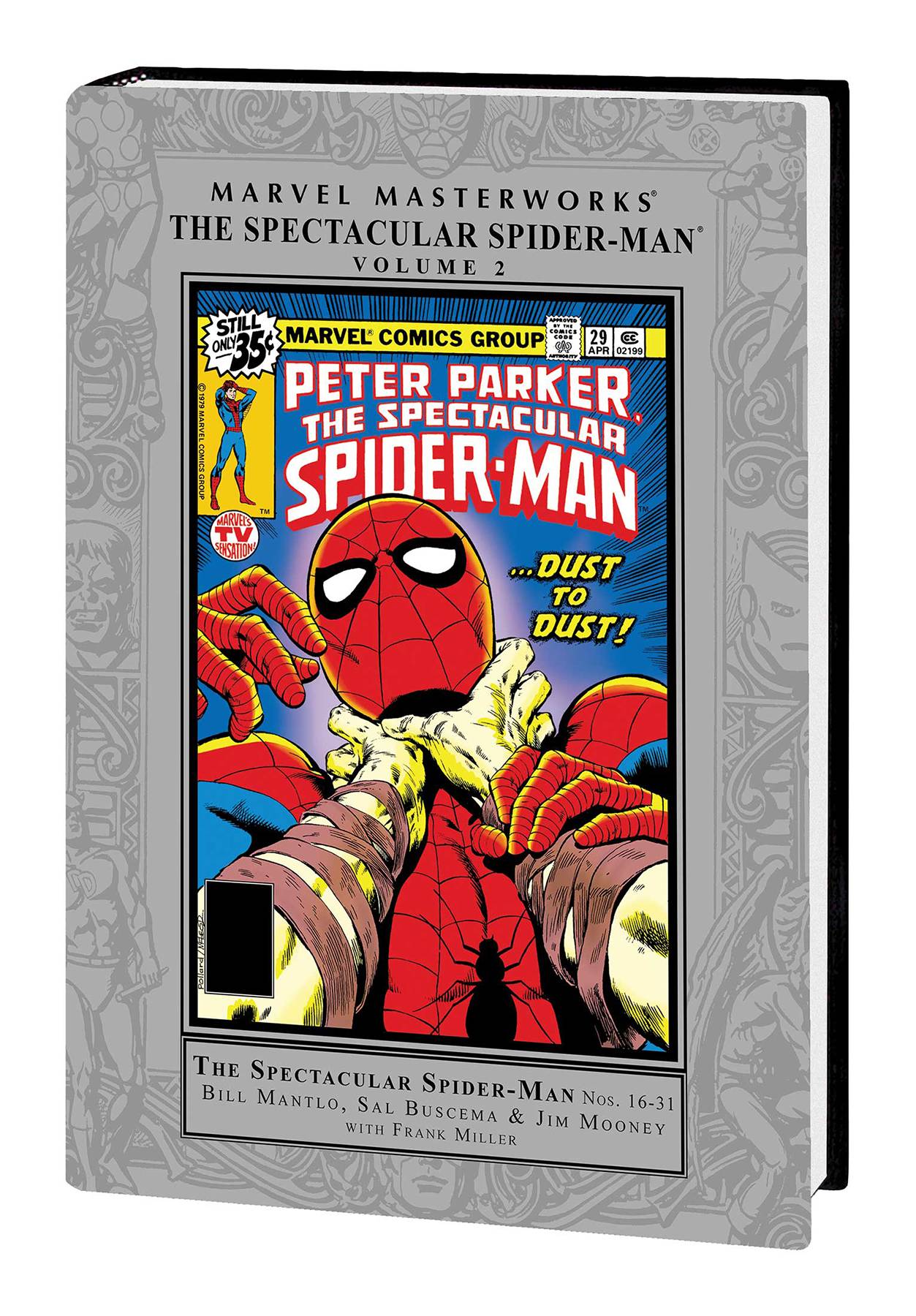 #
DEC181027
(W) Bill Mantlo, Elliot S. Maggin (A) Sal Buscema, Jim Mooney, More (CA) Keith Pollard
Peter Parker's second Spectacular serving is even greater than the first! Things kick off with a battle against the Beetle, then Peter heads west to cover the breakup of the Champions - but how does this lead to a clash with Angel and Iceman? The White Tiger enters for an extended guest role as the Lightmaster, the Enforcers and the Scorpion turn up the tension! Then, Moon Knight helps Spidey fight the Maggia - who retaliate in the form of the Masked Marauder! It's a multipart epic pairing Spider-Man and Daredevil, and featuring Frank Miller's very first DD artwork! It all culminates in the seven-part saga of Carrion, the mysterious rotting horror with hidden ties to Peter Parker's past - and a violent desire to punish him for the death of Gwen Stacy! Collecting PETER PARKER, THE SPECTACULAR SPIDER-MAN (1976) #16-31.
Rated T
In Shops: Jun 12, 2019
SRP: $75.00
View All Items In This Series
ORDER SUBSCRIBE WISH LIST