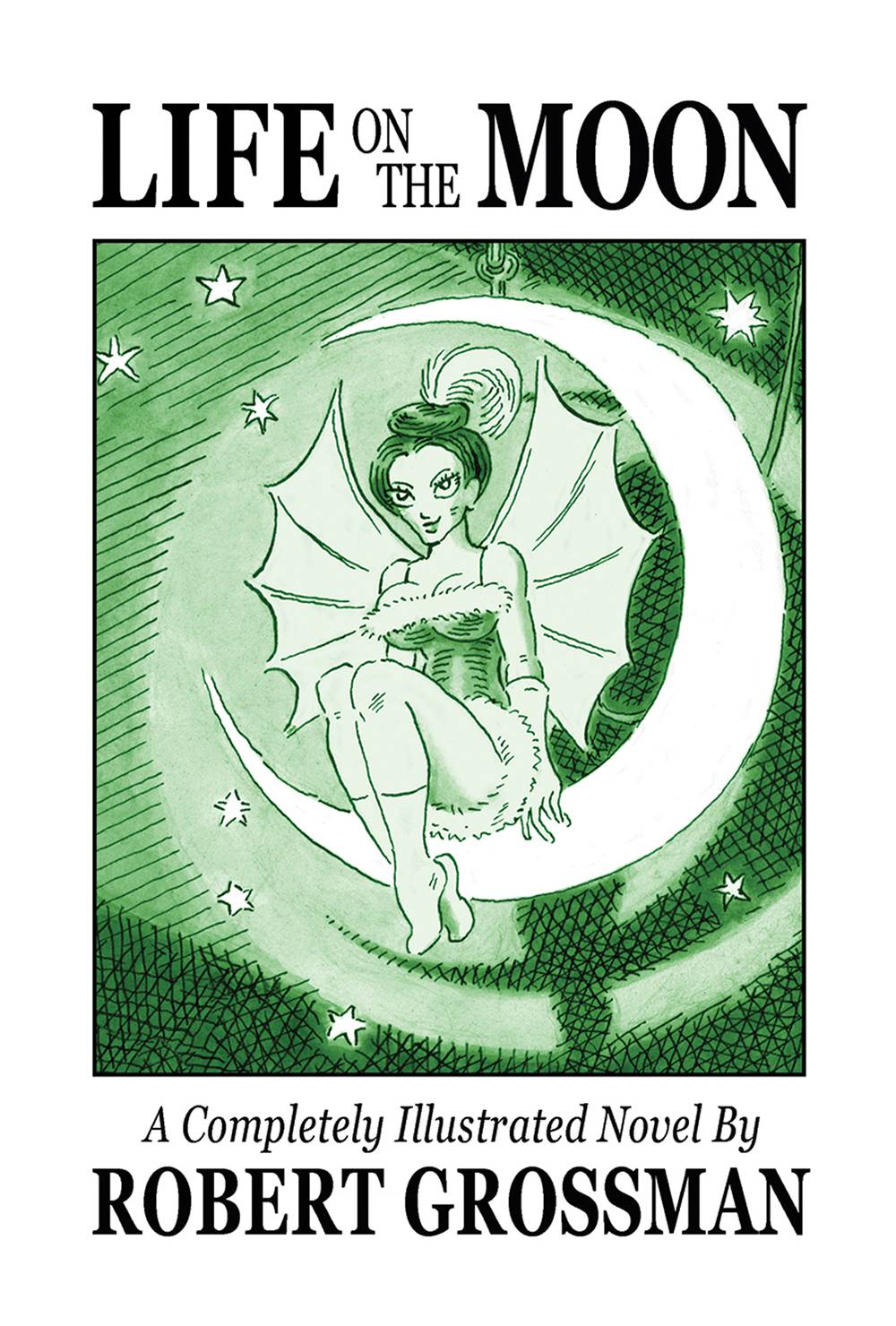 #
DEC180795
(W) Robert Grossman (A/CA) Robert Grossman
From an artist who reveled in illustrating "the un-illustratable," a historical graphic novel based on the "Great Moon Hoax," the most successful newspaper hoax ever. In 1835, New York newspaper The Sun published a series of six articles declaring the discovery of life-and even civilization--on the Moon, which the paper attributed to the famous contemporary astronomer Sir John Herschel. According to The Sun, the lunar inhabitants included unicorns, bison, bipedal tail-less beavers, and intelligent humanoids with bat-like wings.

Life on the Moon is a full-length graphic novel capturing this mythical world. Creator Robert Grossman said the book is set in a time when "many of the signal achievements of the 19th Century still lay well in the future, Andrew Jackson was president, the steamboat was the summit of technology, and news traveled slowly." The unfettered novel includes real historical figures such as P.T. Barnum, Jean Jacques Audubon, Lorenzo Da Ponte, Charles Goodyear, and Edgar Allan Poe.