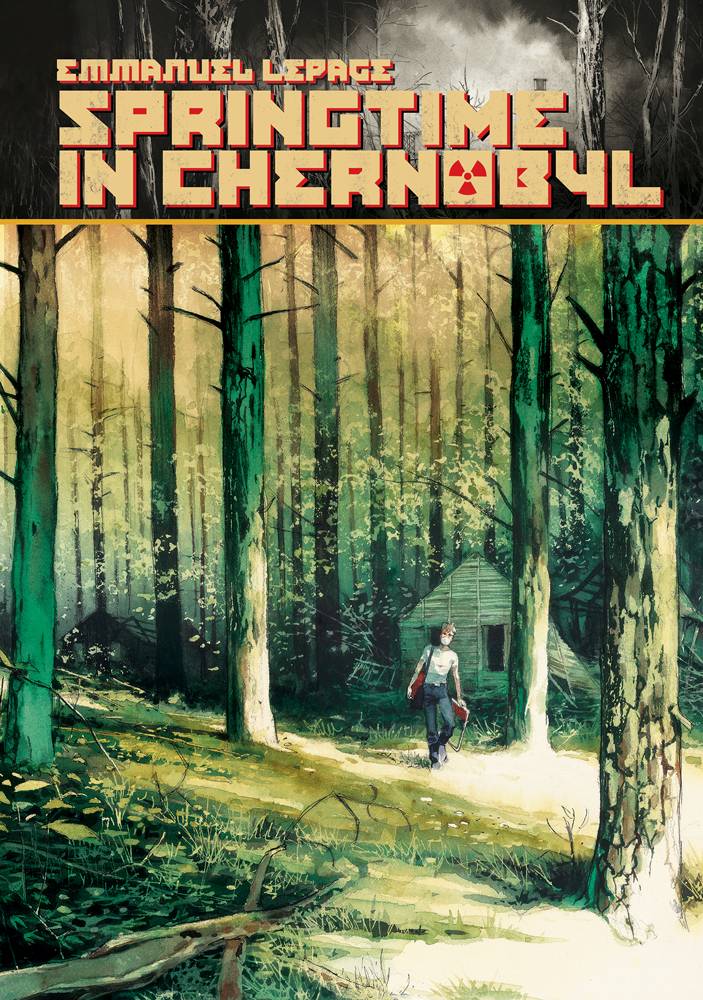 #
DEC180794
(W) Emmanuel Lepage (A/CA) Emmanuel Lepage
April 26, 1986, Chernobyl: the reactor core of the nuclear power plant begins to melt. It is the greatest nuclear disaster of the twentieth century. A cloud laden with radionuclides travels thousands of miles in every direction, contaminating a populace unaware of its danger and who cannot protect themselves. At that time, Emmanuel Lepage was 19 years old watching and listening, incredulous, to the news on television.

22 years later, April 2008: he travels to Chernobyl to report, both in writing and drawings, about the lives of the survivors and their children living on the highly contaminated land. Upon making the decision to travel there, Emmanuel has the feeling that he is defying death, and when he finds himself on a train to Ukraine, where the old power station is located, a question keeps popping up in his mind: What am I doing here?

Advance solicited for May release!
A memoir of disaster, death, and tragedy, linking the events of the nuclear meltdown to the survivors who are still dealing with its effects.
In Shops: Aug 21, 2019
SRP: $24.99