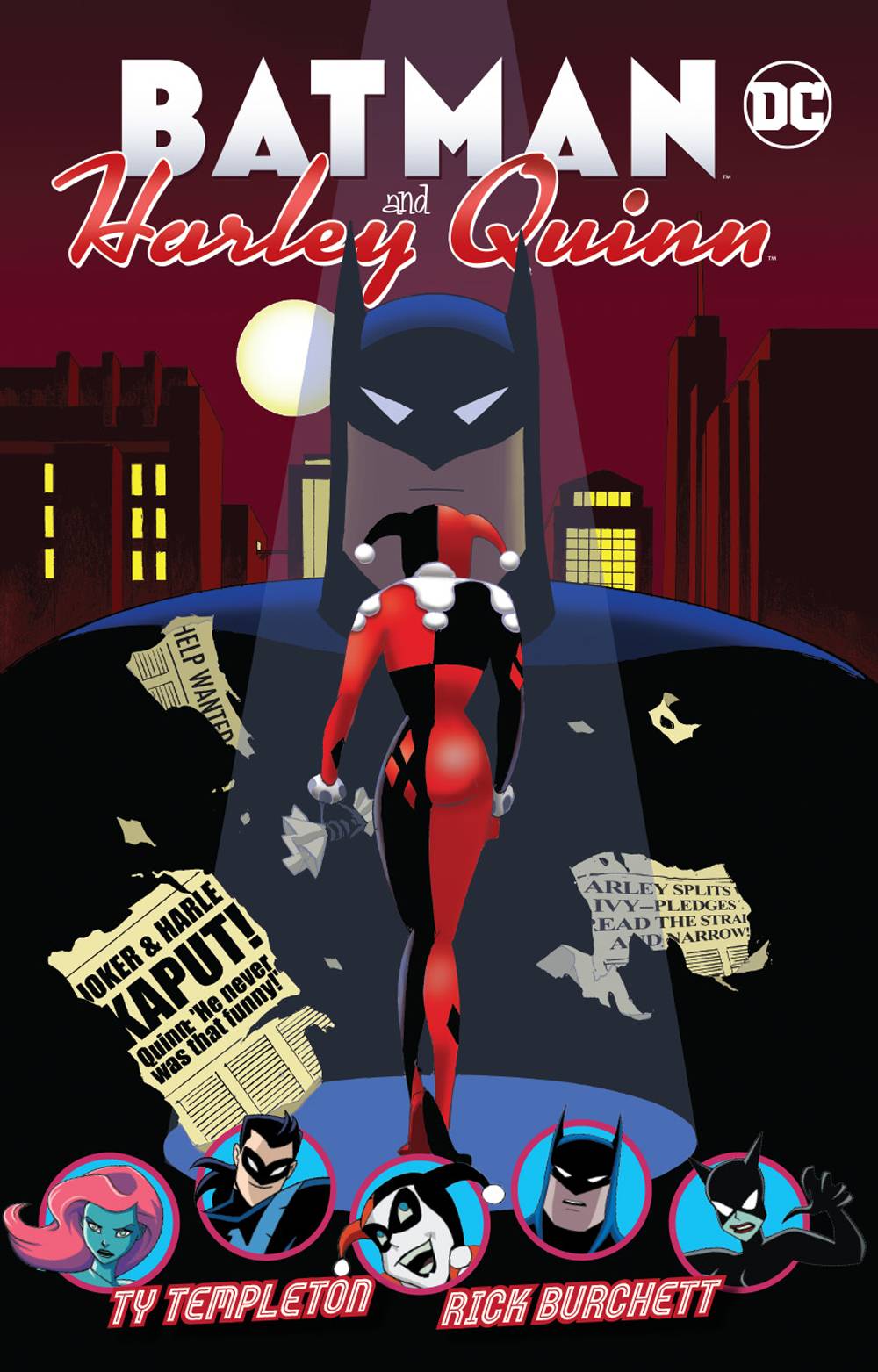 #
DEC180624
(W) Ty Templeton, Jeff Parker, Amanda Deibert, Michael Dow Smith (A) Luciano Vecchio, Craig Rousseau, Sandy Jarrell, David Hahn, Dario Brizuela (A/CA) Rick Burchett
Ty Templeton and Rick Burchett reunite for a story that serves as a prequel to the Batman and Harley Quinn animated film! Harley Quinn is a legend in her own mind, so when she realizes The Joker thinks of her as more of a sidekick, she takes her revenge! But before Batman can swoop in and cart her off to Arkham Asylum, her pal Poison Ivy rescues her! But if the only way to get rid of her sidekick status is to strike out on her own, will Harley be willing to try it? And does that mean...joining Batman? Collects BATMAN AND HARLEY QUINN digital chapters #1-7 and HARLEY QUINN AND BATMAN digital chapters #1-5.
In Shops: Mar 06, 2019
SRP: $14.99