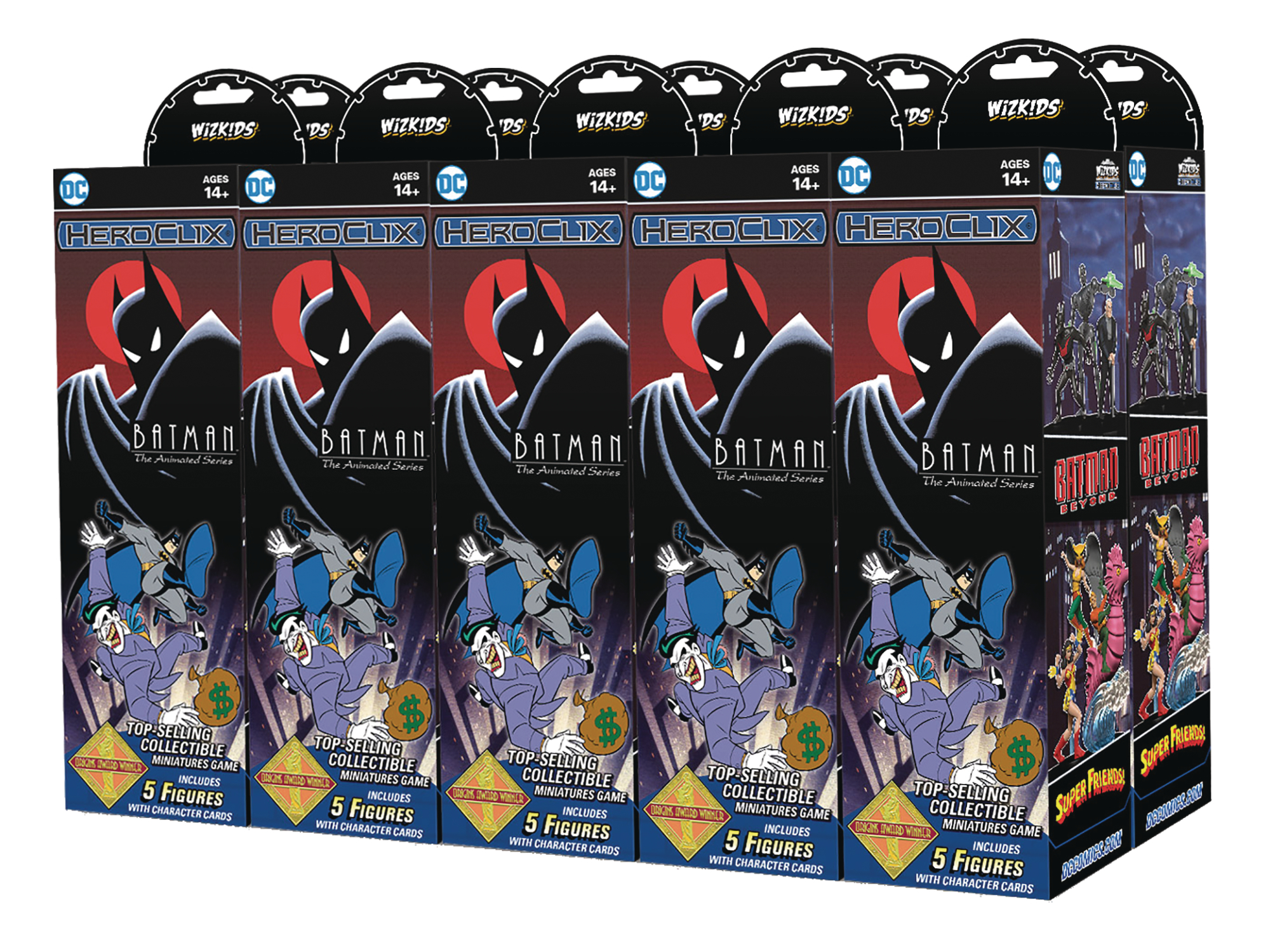 DEC178215
Batman: The Animated Series was the Batman of a generation. Consistently praised by critics, nominated for more than 20 awards during its run, Batman: The Animated Series remains, twenty-five years after its debut, one of the top superhero cartoons of all-time. For the first time ever, these versions of your favorite Batman characters come to HeroClix! In addition to the heroes and villains of Gotham, fans will be delighted to learn that there are characters from Justice League Unlimited, Batman Beyond, and the Super-Friends! The HeroClix team has taken special care to showcase characters from beloved episodes that have never been Clixed before like Zeta, Leslie Thompkins, Maxie Zeus, Kyodai Ken, The Clock King, The Phantasm, Riddlers Robot Minotaur, Apache Chief, and others!