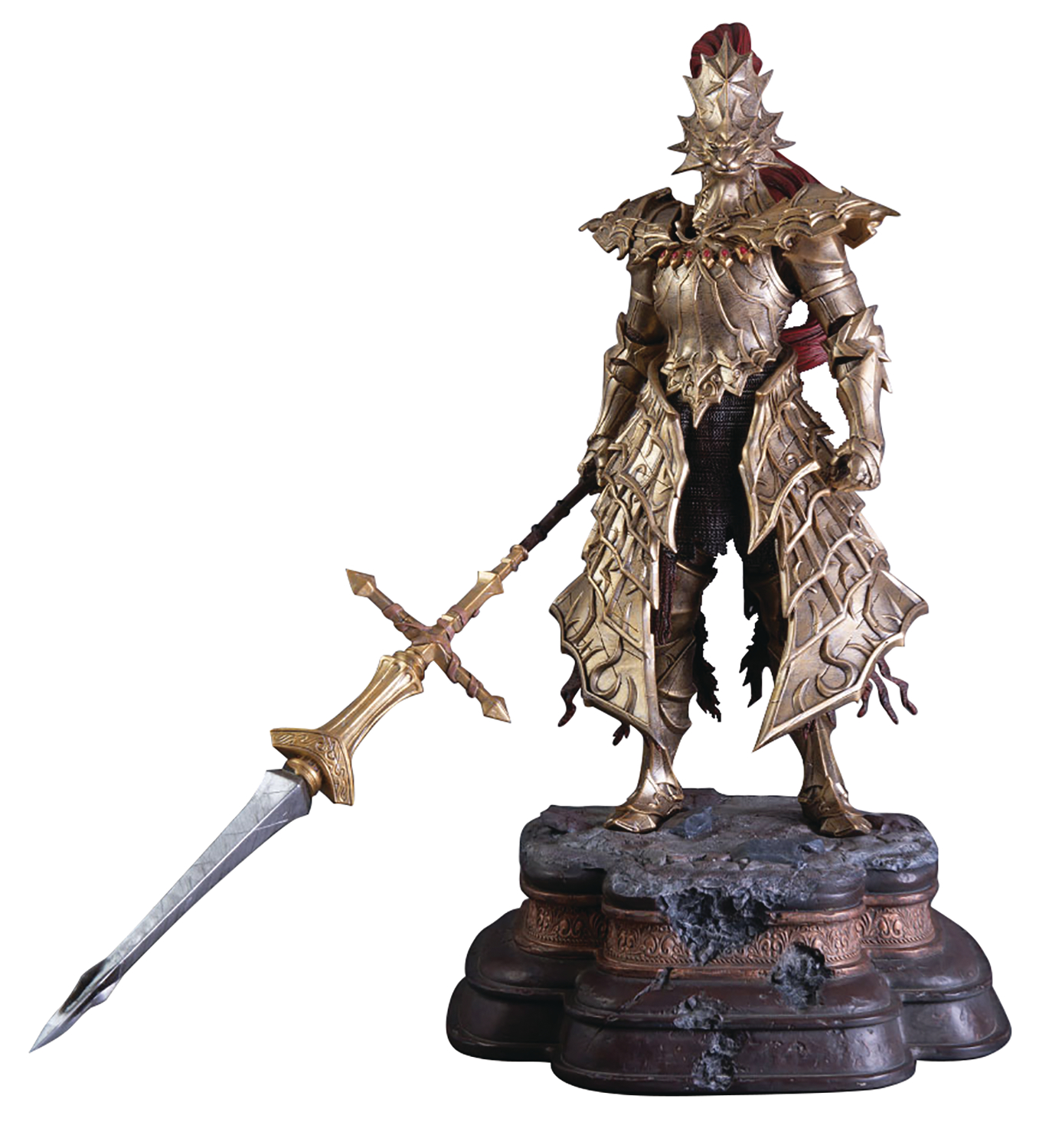 DEC178116
First 4 Figures is proud to present the highly anticipated Dark Souls - Dragon Slayer Ornstein. One of Lord Gwyn's trusted knights, Ornstein was believed to be the captain of the Four Knights of Gwyn. Donning golden armor that was permeated with the power of lightning, it was said that Ornstein's spear could slice a boulder in two. Using his spear, Ornstein was left to guard the cathedral at Anor Londo alongside Executioner Smough after the gods fled. The Dark Souls - Dragon Slayer Ornstein comes with a highly detailed base inspired from the large pillars found in one of the Cathedral rooms located in Anor Londo and Authentication Card. Dragon Slayer Ornstein towers over other collectibles at 26 1/2" tall.
In Shops: Aug 07, 2019
SRP: $659.99