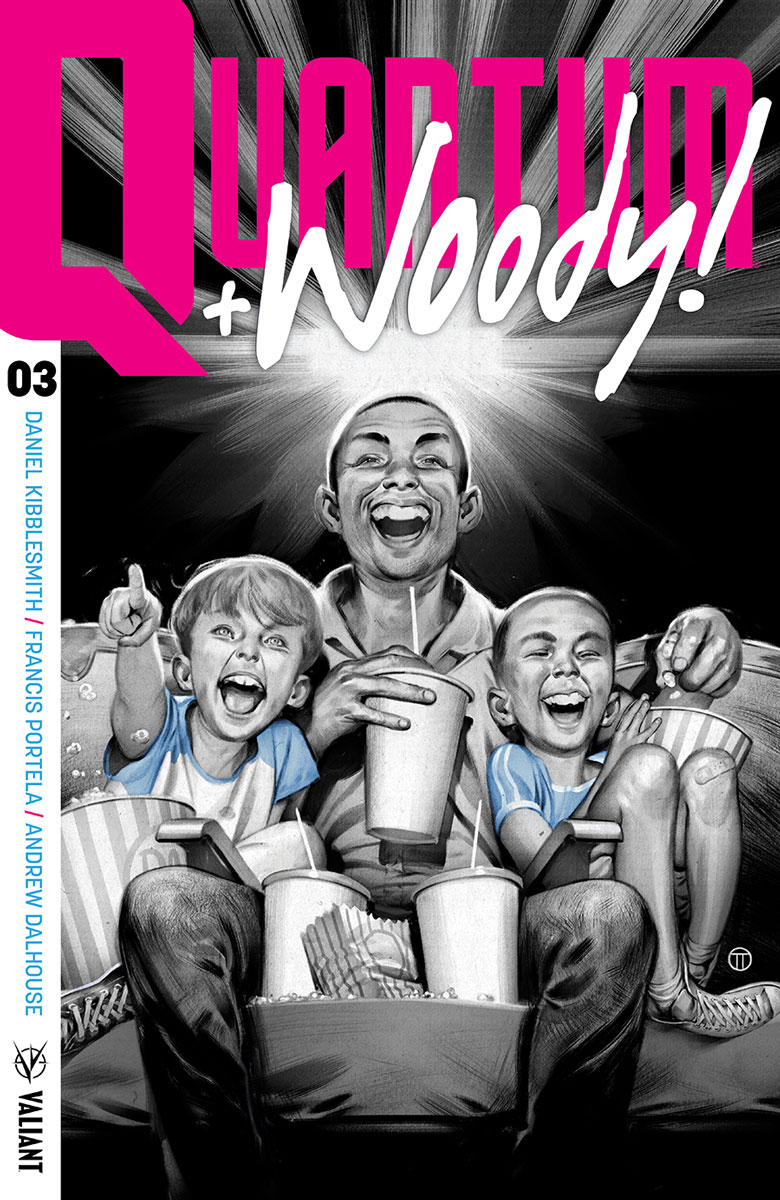 DEC171911
(W) Daniel Kibblesmith (A) Francis Portela (CA) Julian Totino Tedesco
Because you demanded it! The Goat returns!
If you add them all up, this would be Quantum and Woody's 50th issue! What better time to answer the eternal question: "Whatever happened to the Goat, anyway?" At last, the whole saga of Dr. Derek Henderson's transformation from brilliant physicist and beloved father into a barnyard animal of unimaginable power can finally be told...and all of his secrets revealed, beginning with the long-awaited birth of the Goat's baby!
And the Eisner for "Best Goat Birth Scene" goes to...writer extraordinaire Daniel Kibblesmith (The Late Show with Stephen Colbert) and special guest artist Francis Portela (FAITH)! Don't miss the staggering spectacle as the entire Valiant Universe stands on the cusp of a milestone moment in the spectacular goatacular of 2018!
In Shops: Feb 21, 2018
SRP: $3.99
View All Items In This Series