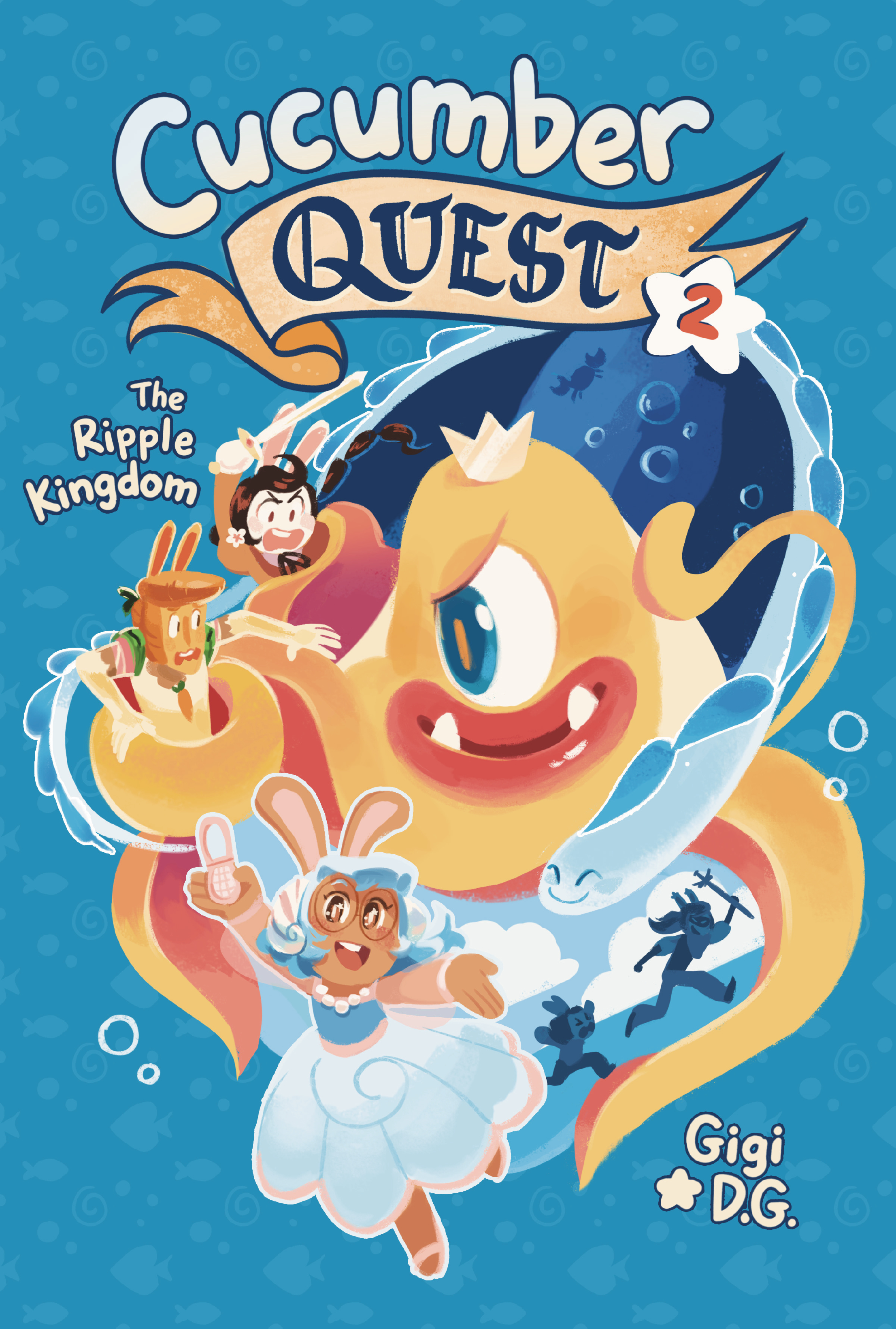 DEC171599
(W) D.G. Gigi (A/CA) D.G. Gigi
The second volume in a delightfully pun-filled middle grade graphic novel about bunny siblings on a heroic adventure.
The journey to retrieve the Dream Sword and save the world from destruction continues! After the attack from Splashmaster, Cucumber wakes up in the Ripple Kingdom without any knowledge of where Almond and Sir Carrot could be. He meets the kingdom's Princess Nautilus and, with her guidance, they go in search of them. Meanwhile, Almond and Sir Carrot attempt to escape the Splashmaster's cage, only to run into the Knightmare Knight! Will the crew be able to reunite again and defeat the Splashmaster?
Adapted from the popular webcomic series of the same name, Cucumber Quest: The Ripple Kingdom is the second book of a clever, adorable, and hilarious four-volume heroic adventure that is sure to make you hungry for sweets and action.
In Shops: Feb 14, 2018
SRP: $21.99
View All Items In This Series
ORDER SUBSCRIBE WISH LIST