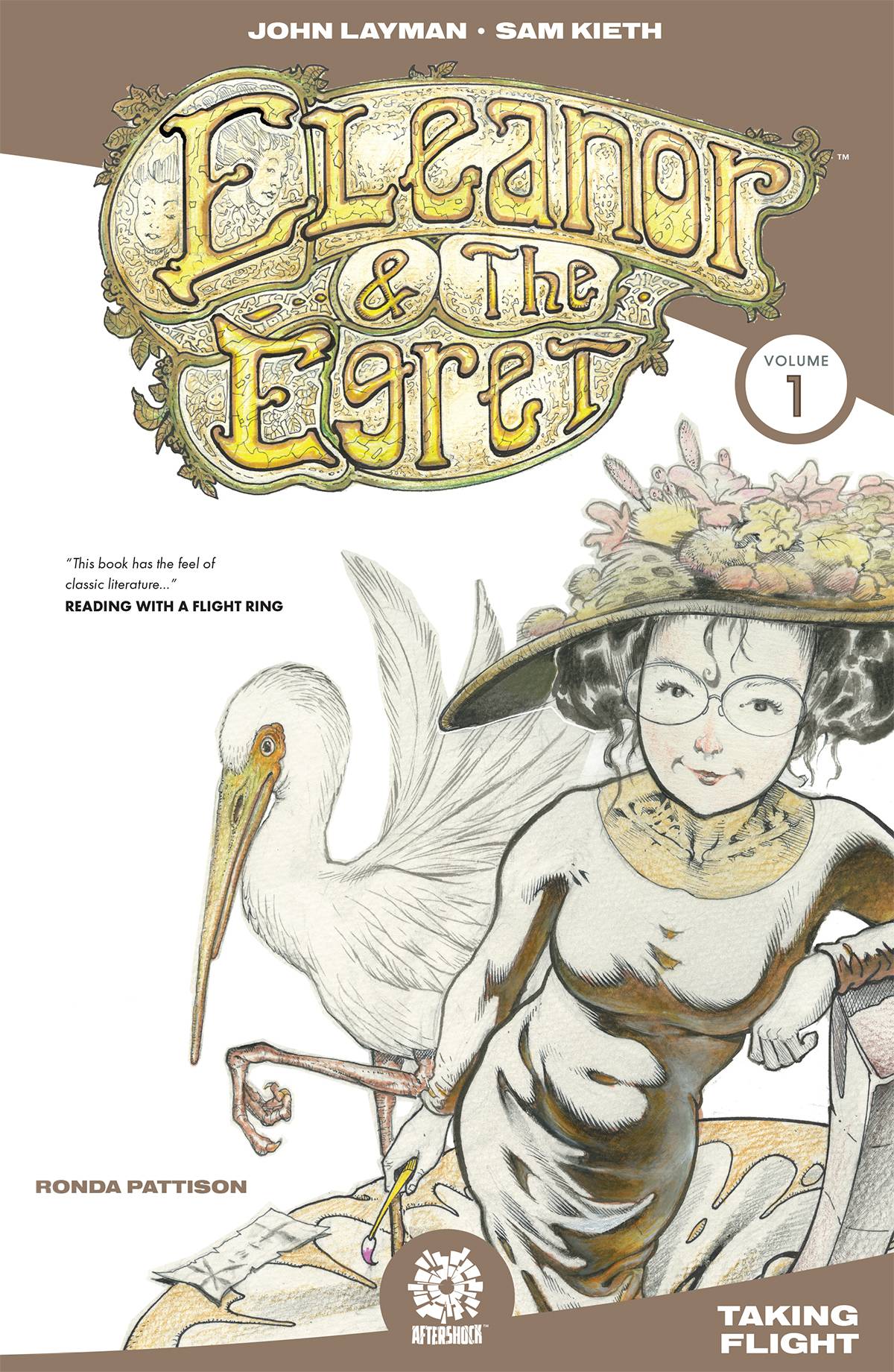 #
DEC171041
(W) John Layman (A/CA) Sam Kieth
The most daring art thief in Paris has struck again, and the police have assigned their best detective to the case. His only clue? A single white feather left at the scene. Could this feather belong to the thief? To the thief's accomplice, an oversized talking egret? Or will his investigation lead him to somewhere even stranger? (Answer: all of the above.)
Presenting a peculiar and unforgettable tale of birds and banditry, paintings and pets, larceny, love and...lamprey-wielding assassins? From the legendary creator of THE MAXX and co-creator of SANDMAN, Sam Kieth, and the considerably less-legendary creator of CHEW, John Layman!
"Gorgeous artwork by Sam Kieth and Ronda Pattison and a script by John Layman that subtly lays the groundwork for a magical world make ELEANOR & THE EGRET...a fascinating debut! 10 out of 10." - Robert Reed of newsarama.com
In Shops: Feb 28, 2018
SRP: $14.99
View All Items In This Series
ORDER WISH LIST