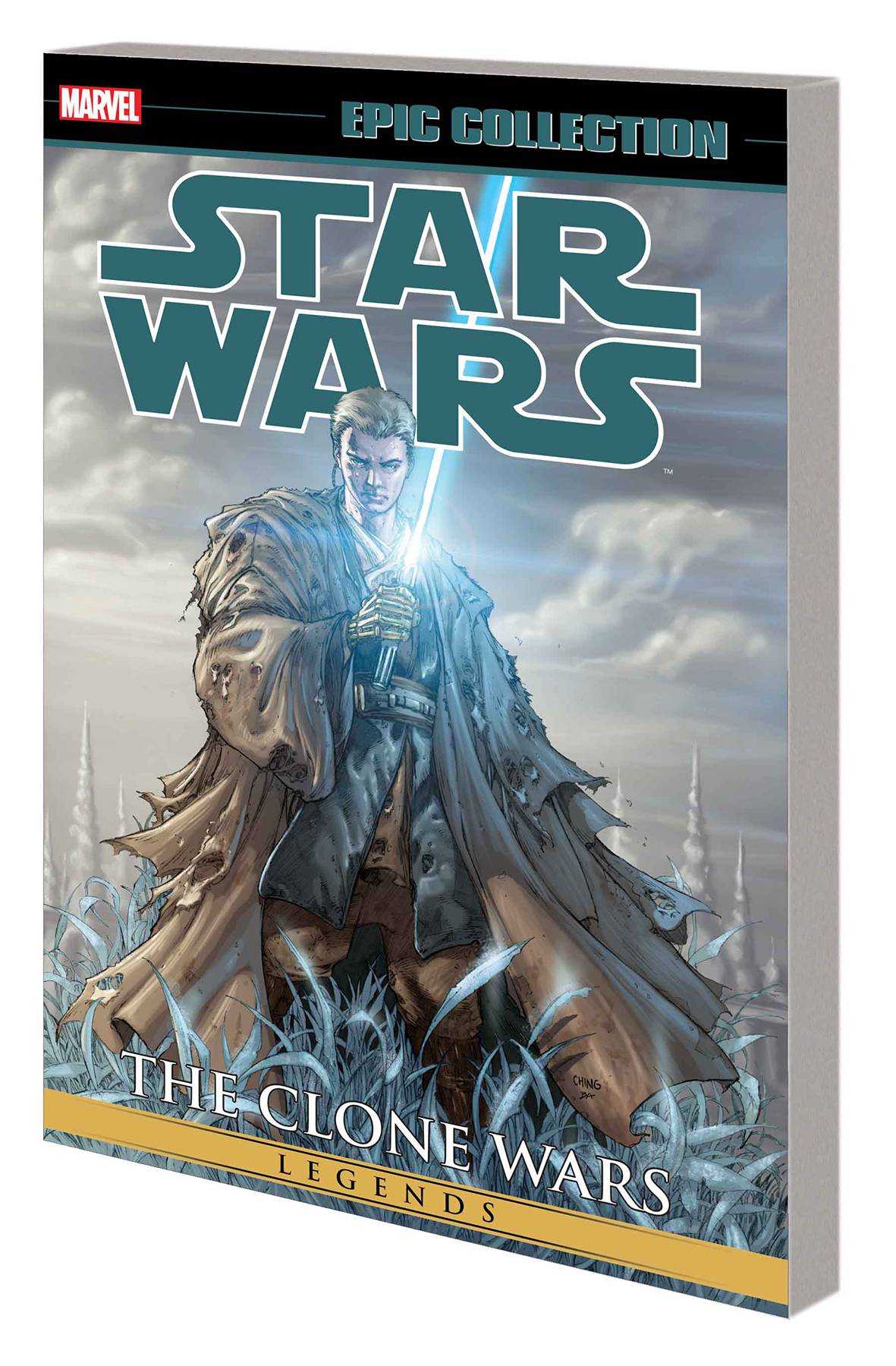 #
DEC170954
(W) Haden Blackman, John Ostrander, Randy Stradley, Tom Taylor, Ian Edginton (A) Jan Duursema, Tomas Giorello, Brandon Badeaux, Bruno Redondo, David Pugh (A/CA) Brian Ching
The Clone Wars rage on! And the fighting is fierce as General Kenobi and his first lieutenant, Anakin Skywalker, brace for the Battle of Jabiim! Facing attacks from both the Republic and the locals, can Anakin and his "Padawan Pack" hold the rain-soaked planet - or will they face a washout? Then, Skywalker finds himself behind enemy lines alongside a Tusken Raider turned Jedi! But where is Obi-Wan? Perhaps Dark Jedi Asajj Ventress has the answer! Meanwhile, Senator Bail Organa is plagued by pirates and Quinlan Vos goes undercover within Count Dooku's inner circle. All that, plus Mace Windu unleashed! But you just can't keep a bad Sith down - Darth Maul still lives! Will that last - or will he receive a death sentence? Collecting STAR WARS: REPUBLIC #55-67, STAR WARS: DARTH MAUL - DEATH SENTENCE #1-4 and material from STAR WARS TALES #22.
Rated T
In Shops: Mar 21, 2018
SRP: $39.99
View All Items In This Series
ORDER SUBSCRIBE WISH LIST