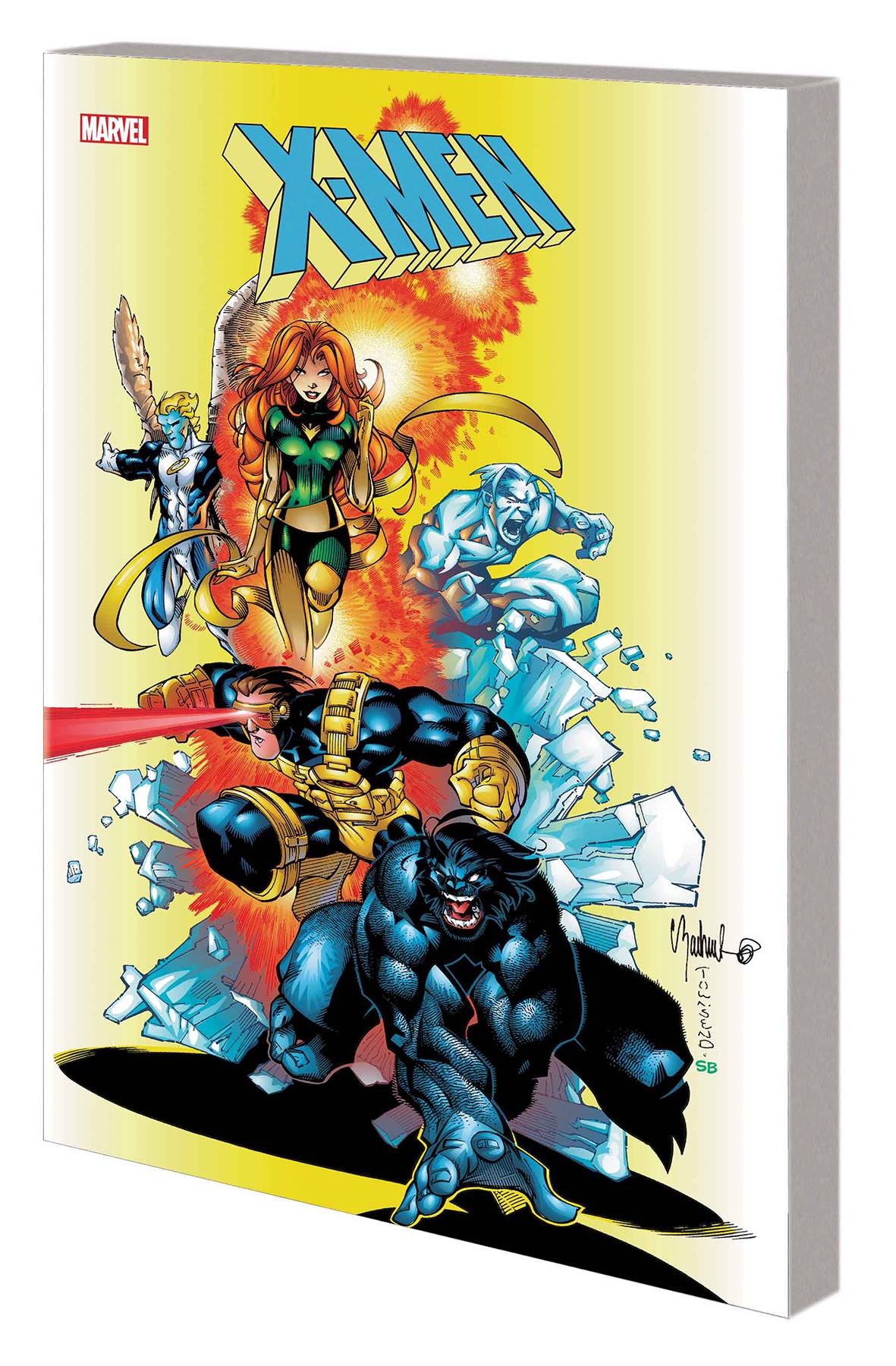 #
DEC170953
(W) Steve Seagle, Terry Kavanagh, Joe Casey (A) Ed Benes, Dan Norton, Tom Lyle, Leandro Fernandez, Paul Pelletier (A/CA) Chris Bachalo
The original X-Men are back together! An injured Cyclops heads to Alaska for some rest and recuperation with Jean - but when she once again dons the costume of Phoenix, that can't be good for Scott's health! And as Beast, Iceman and Angel join them for old times' sake, will an uncanny adventure have them all feeling blue - and questioning their future as X-Men? Meanwhile, Dr. Cecilia Reyes has her own fateful decision to make! Wolverine faces a life-draining encounter as Sauron attacks! Rogue's powers lead her to a dramatic tipping point! Bishop and Deathbird are lost in space! Emotions run high with the Fantastic Four! And Sabretooth gets inside Logan's head! Plus: Peer into Cerebro's classified mutant files! Collecting UNCANNY X-MEN (1981) #351-359, X-MEN UNLIMITED (1993) #17, UNCANNY X-MEN/FANTASTIC FOUR ANNUAL 1998 and CEREBRO'S GUIDE TO THE X-MEN.
Rated T
In Shops: Mar 21, 2018
SRP: $34.99
View All Items In This Series