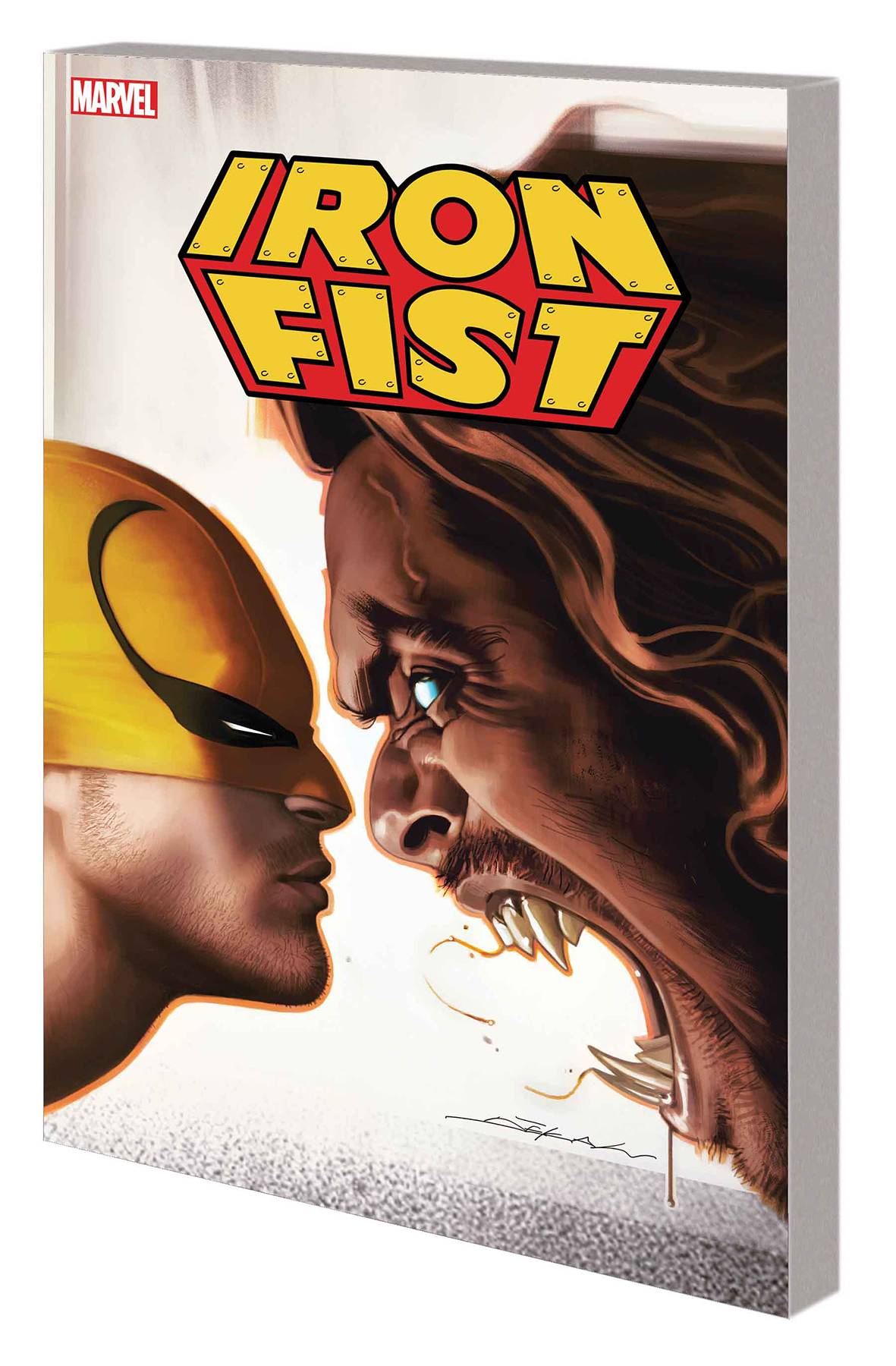 #
DEC170949
(W) Ed Brisson (A) Mike Perkins, Jeff Dekal
The punches and kicks fly as the man with the Iron Fist teams up with Shang-Chi, the Master of Kung Fu! But what brings these two heroes with the deadly hands together? Oh, nothing much - only a murder cult trying to kill Danny Rand! But that's easier said than done - just ask the homicidal Sabretooth! Victor Creed first slashed his way into the pages of Marvel comics as an opponent of Iron Fist. But now Danny has a problem only Sabretooth can help him solve! Something is threatening the very existence of K'un-Lun, and the Iron Fist must do whatever he can to protect it - even if it means convincing his old enemy to fight by his side. But where Sabretooth goes, can his old partner, the Constrictor, be far behind? Collecting IRON FIST (2017) #6-7 and #73-77.
Rated T+
In Shops: Mar 21, 2018
SRP: $17.99
View All Items In This Series