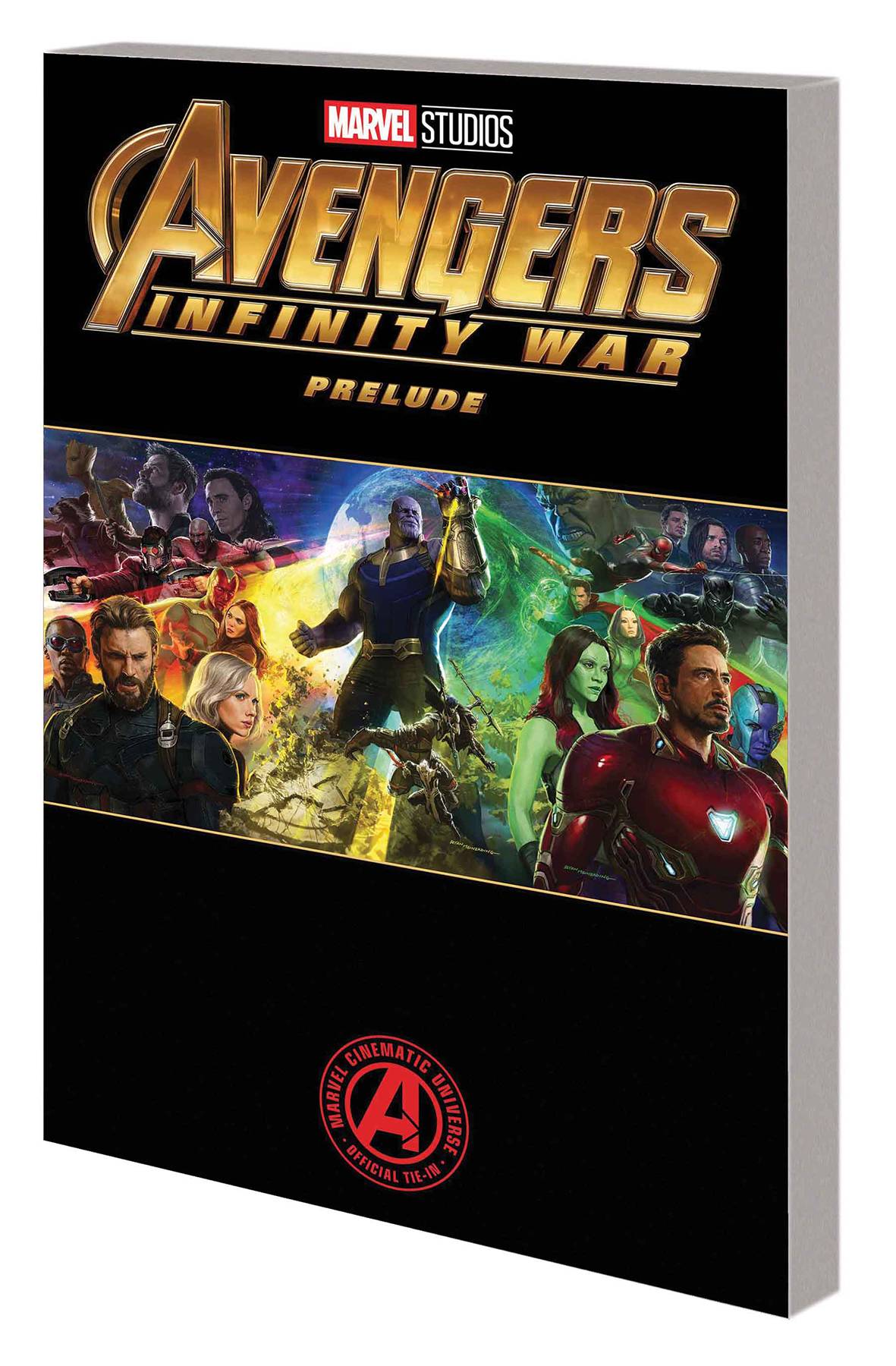 #
DEC170939
(W) Will Pilgrim, Jonathan Hickman, Jim Starlin (A) Tigh Walker, Jim Cheung, Ron Lim
When a terrorist puts the Avengers at odds, Captain America and the Winter Soldier go rogue to find him - but Iron Man isn't far behind. Will the Avengers survive the fallout? Then, find out where Captain America, Falcon and Black Widow are headed next - because the world needs heroes, whether it wants them or not. Get a sneak peek at Tony Stark's brand-new armor! Get ready for 2018's biggest blockbuster with this special prelude! Plus, with the Avengers distracted, see Thanos seize his opportunity to strike at Earth in the first chapter of Jonathan Hickman's epic Infinity! Delve into the Mad Titan's past as he joins himself on a time-bending journey of discovery - one that sets the stage for his next cosmic odyssey! Collecting MARVEL'S AVENGERS: INFINITY WAR PRELUDE #1-2, INFINITY #1 and THANOS ANNUAL #1.
Rated T
In Shops: Mar 21, 2018
SRP: $15.99