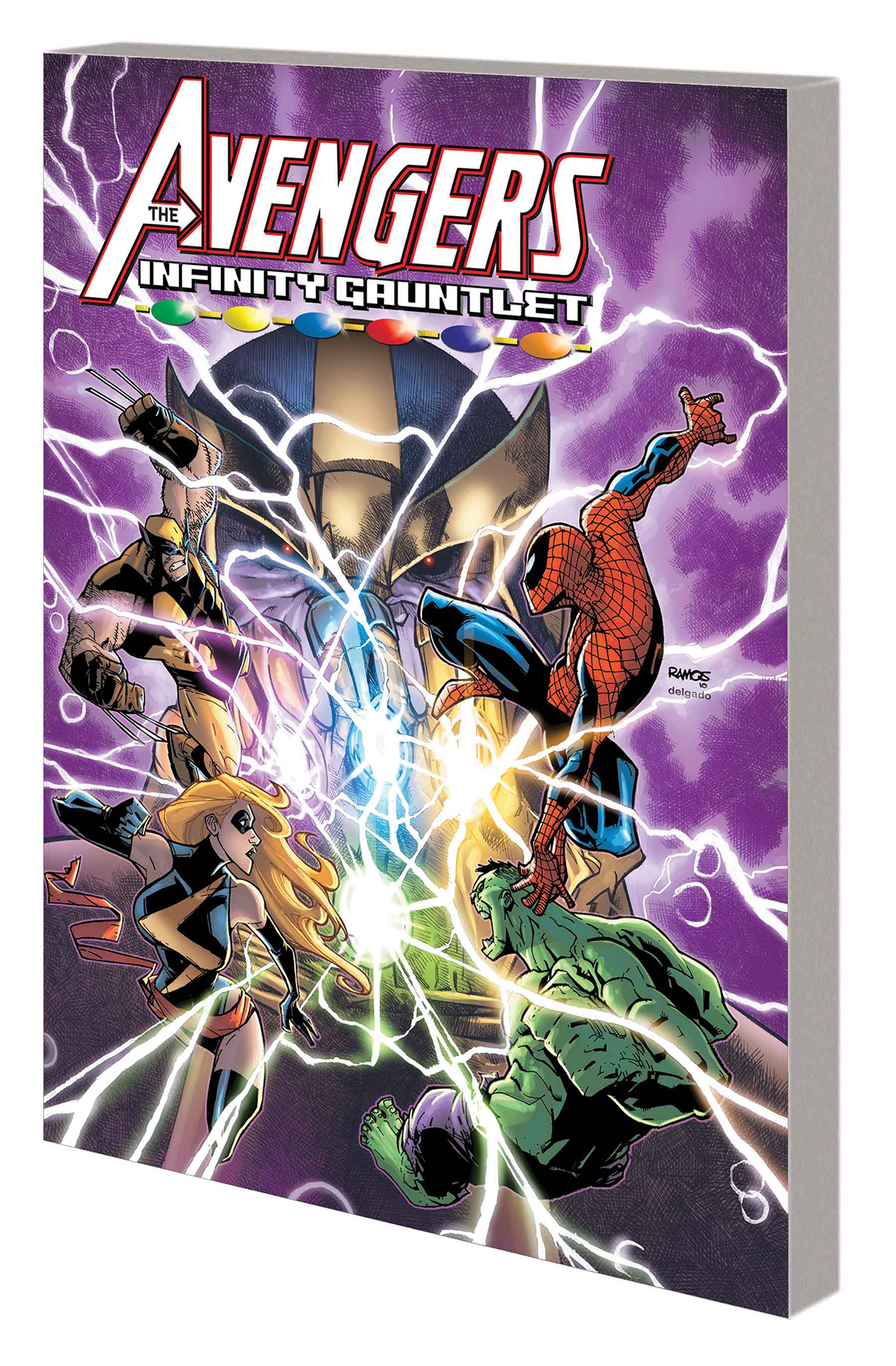 DEC170937
(W) Brian Clevinger, Lee Black, Jim Starlin (A) Brian Churilla, George Perez (CA) Humberto Ramos
Thanos, scourge of the cosmos, has acquired the Infinity Gems, granting him control over the entire universe. With the power of the gems, he destroyed half the population of all worlds, including many of the Avengers and half the Fantastic Four. The only force standing in his way is what's left of the Avengers. But how can a ragtag group of heroes and villains - including Spider-Man, Wolverine, Ms. Marvel and Doctor Doom - overpower the unstoppable?! It's non-stop, pulse-pounding, white-knuckle action brought to you by Brian Clevinger (Atomic Robo) and Brian Churilla (Rex Mundi, The Anchor)! Plus: See where the saga began in the classic kickoff of the original event! Collecting AVENGERS & THE INFINITY GAUNTLET #1-4 and INFINITY GAUNTLET (1991) #1.
All Ages
In Shops: Mar 07, 2018
SRP: $15.99