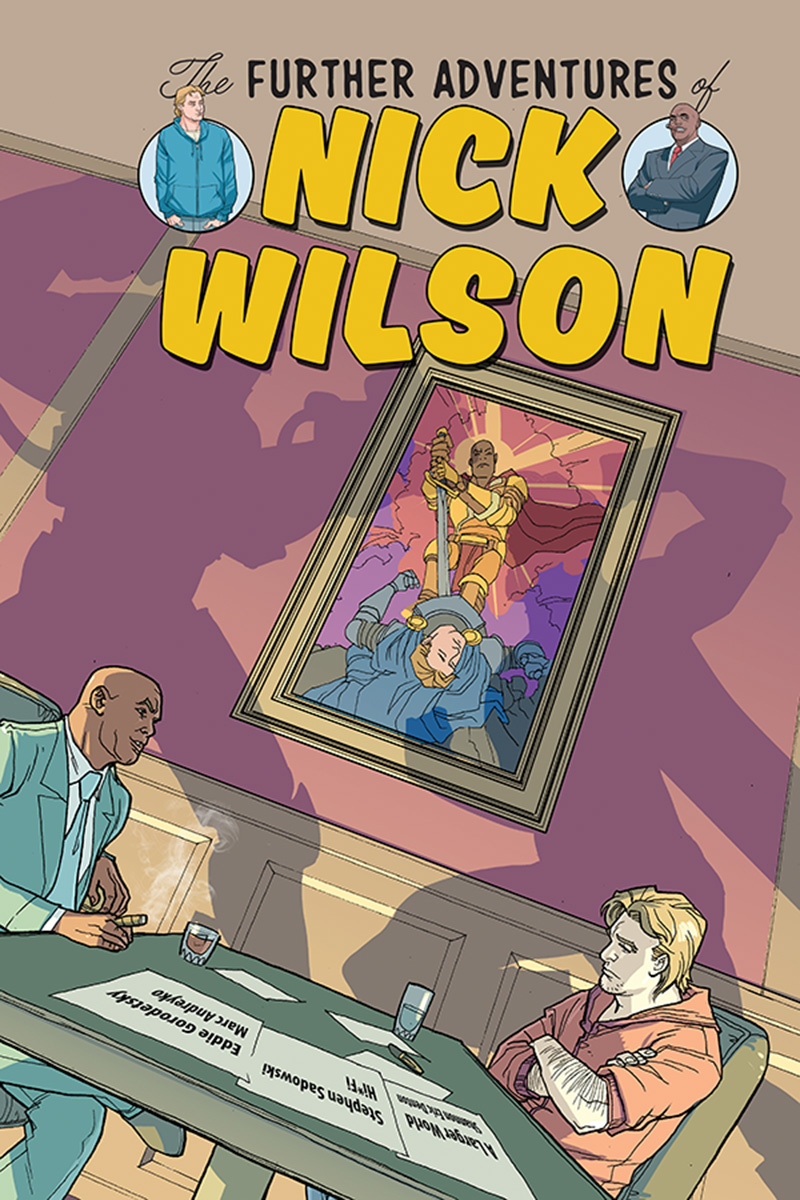 DEC170695
(W) Eddie Gorodetsky, Marc Andreyko (A) Stephen Sadowski (CA) Pete Woods
When the world's only superhero Nick Wilson lost his superpowers, his arch nemesis Clive Morganfield had to settle for merely being a billionaire industrialist. It didn't sit well with his ego, so when Nick reemerges on the scene, Clive approaches him with a bizarre business proposition that raises a number of questions: Can enemies be partners? Can you build a future on the ashes of the past? And what secrets of the universe are held inside the grooves of a jug-band record from the 1920s?

"In the NICK WILSON stories, EDDIE GORODETSKY has created the superhero that probably lurks within each of us: flawed beneath a thin disguise of skin and wrestling with a legend that was pressed upon us all."-ELVIS COSTELLO
In Shops: Feb 21, 2018
SRP: $3.99
View All Items In This Series