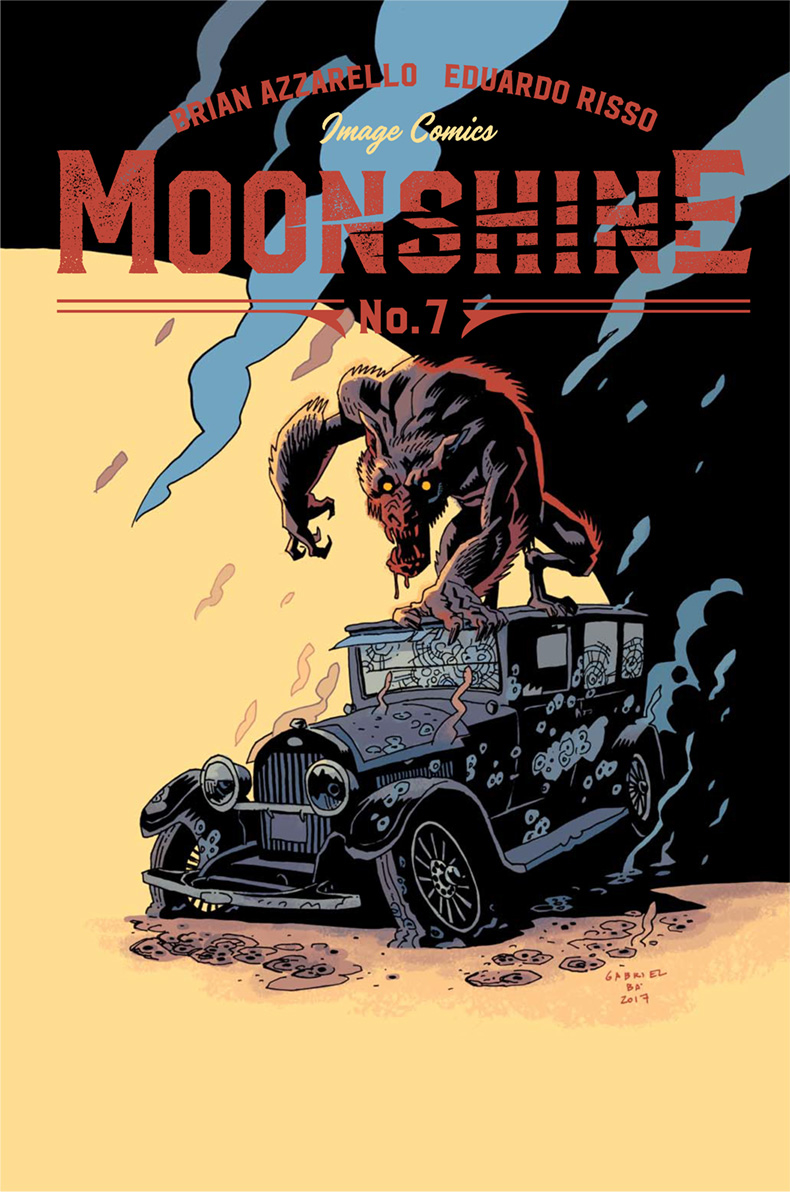 DEC170636
(W) Brian Azzarello (A) Eduardo Risso (CA) Gabriel Ba
"MISERY TRAIN," Part One
"Torpedo" Lou Pirlo thought his troubles might be over when he and his new girl, Delia, hopped a boxcar headed south-as far and as fast as they could get away from the hillbillies in Appalachia and the mafia killers in New York City.

But trouble has a habit of sticking to Lou, and instead of finding himself on "Big Rock Candy Mountain," he's on a down-bound train, last stop: The Big Easy, New Orleans. And trouble ain't all that's stuck to Lou. See, Lou got bit by a werewolf, and now the most deadly monster hunter on Earth will stop at nothing to put this dog down.