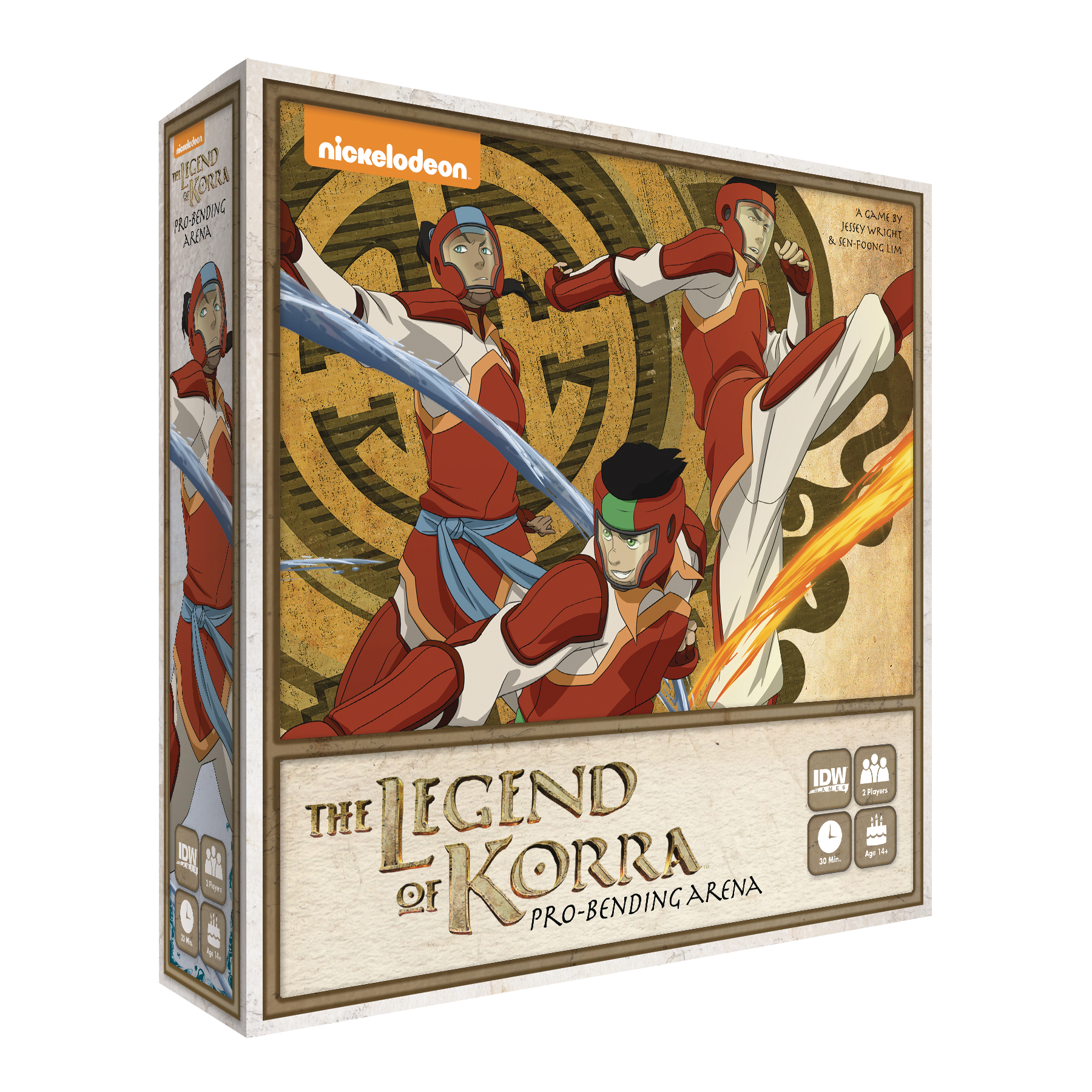 DEC170558
Despite Equalists' threats, Republic City has refused to cancel the Pro-Bending championship. In response, Amon and his squad of Chi Blockers invade the arena with plans to destroy it. Can the Fire Ferrets and Wolfbats work together to capture Amon and his henchmen before their bomb explodes?

The Legend of Korra: Pro-Bending Arena-Amon's Invasion includes a fully cooperative mode that has players facing off against an A.I.-controlled Amon and his group of Chi Blockers. It also includes two fantasy team variants: Amon and his Chi Blockers as a team, and Avatar Korra as a single-member team.

• Fully Cooperative Game Mode for The Legend of Korra Board Game!
• Features Amon and 4 Chi Blocker Miniatures!
• The Legend of Korra: Pro-Bending Arena base game is required to play this expansion.
In Shops: Mar 21, 2018
SRP: $29.99
ORDER WISH LIST