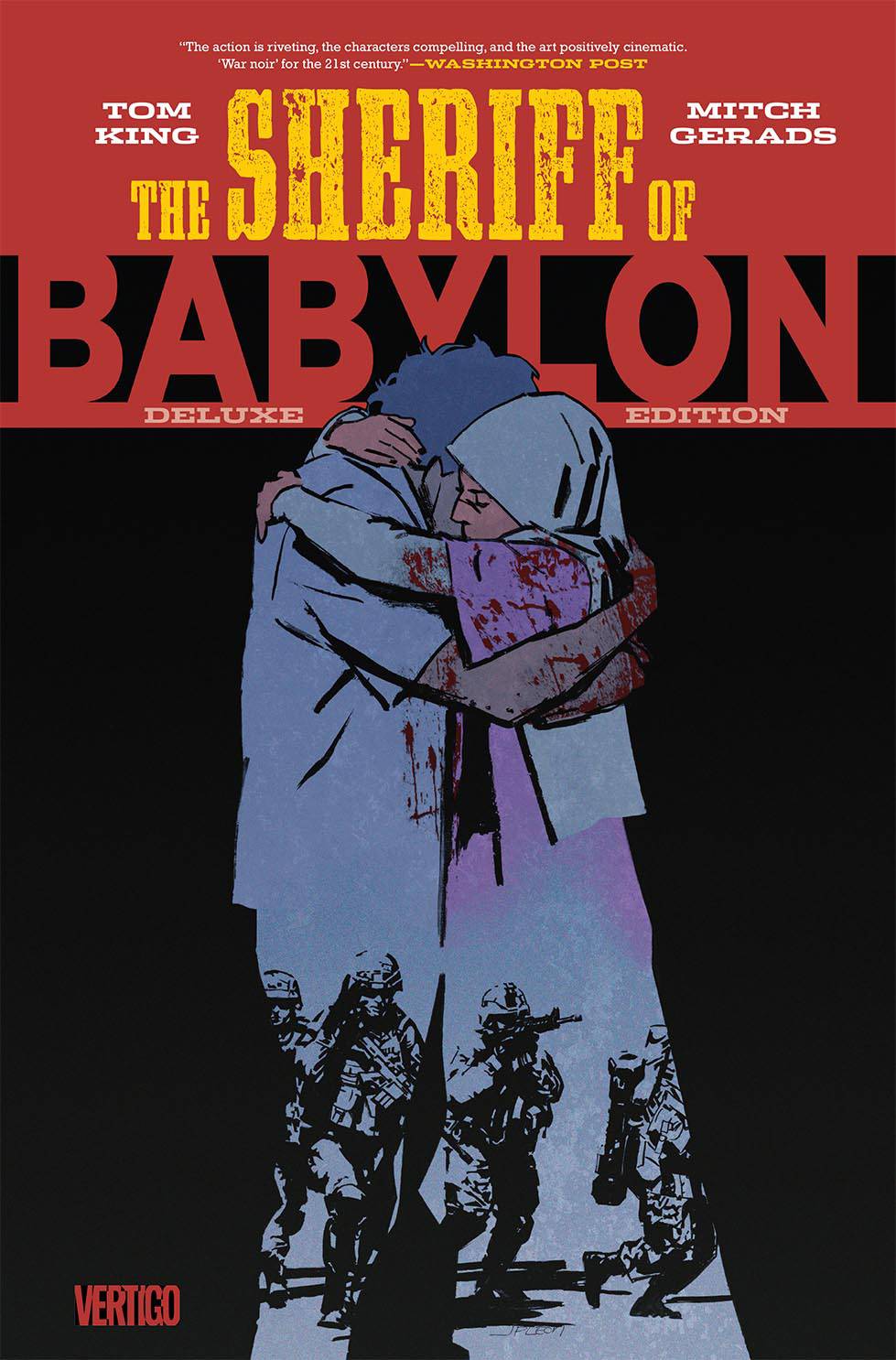 #
DEC170411
(W) Tom King (A) Mitch Gerards (CA) John Paul Leon
Baghdad, 2003. In an effort to establish some semblance of order in the war-torn city, Florida cop-turned-military-consultant Chris Henry has been assigned to train cadets in law enforcement. But good intentions are not immune to the chaos found in the post-9/11 Middle East. When one of Henry's trainees is found dead, he's forced to ally himself with Nassir, the last policeman in Baghdad, to unravel a bloody mystery. While Henry and Nassir search for answers, forces in the shadows are pulling strings that these men don't even know they're tied to. Collects the entire 12-issue miniseries.
In Shops: Mar 14, 2018
SRP: $39.99
ORDER WISH LIST