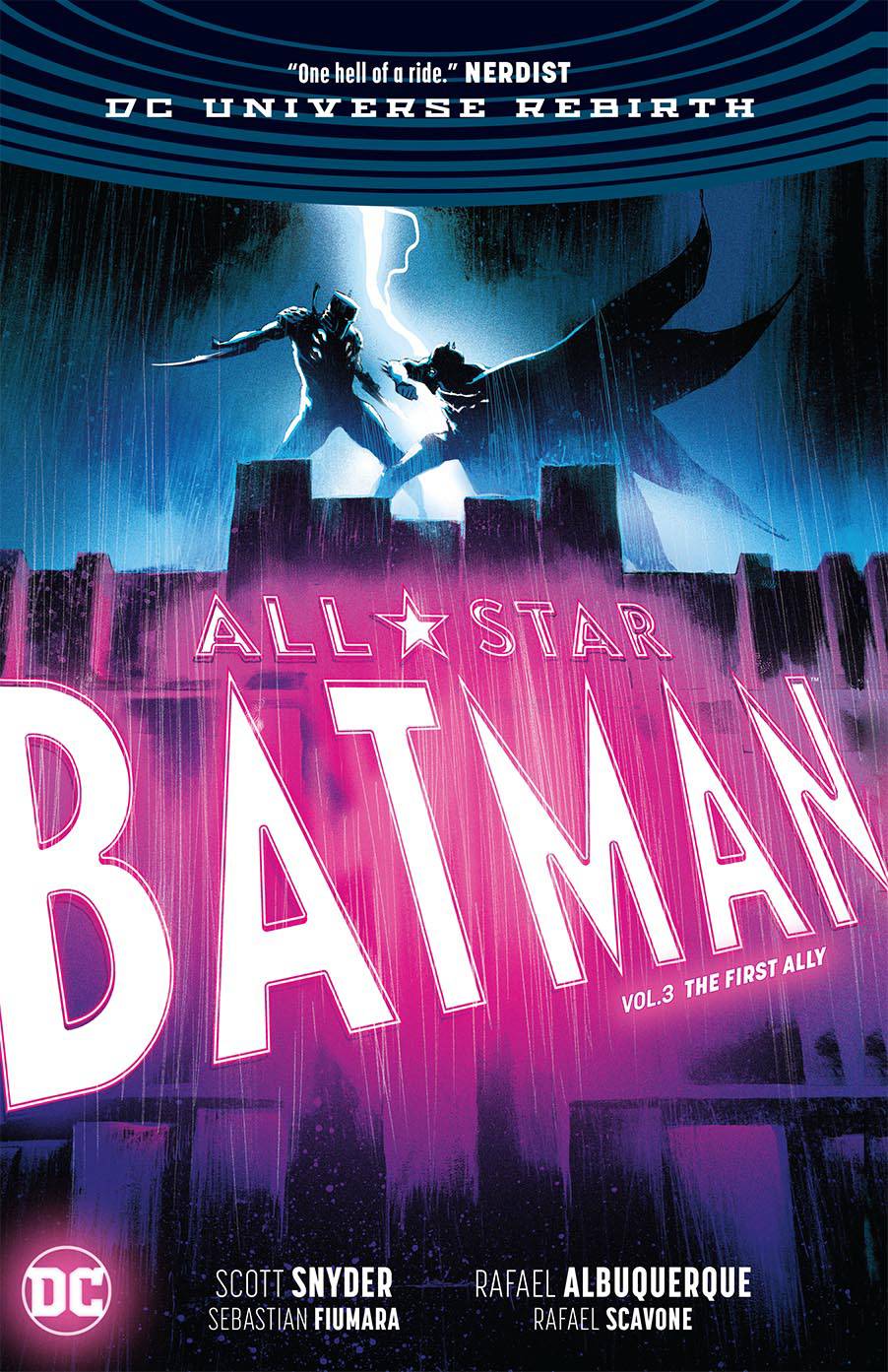 #
DEC170374
(W) Scott Snyder, Rafael Albuquerque, Rafael Scavone (A) Sebastian Fiumara (A/CA) Rafael Albuquerque
When the Dark Knight is taken down by a new enemy whose attacks he cannot counter, Batman uncovers a plot spanning generations...whose mastermind might be one of his closest allies! But who is the First Ally? And as painful secrets from the past are revealed, Batman must face down a nemesis unlike any he's seen before-or risk the horrific consequences of the Genesis Engine falling into the wrong hands! Collects issues #10-14!
In Shops: Mar 14, 2018
SRP: $24.99
View All Items In This Series