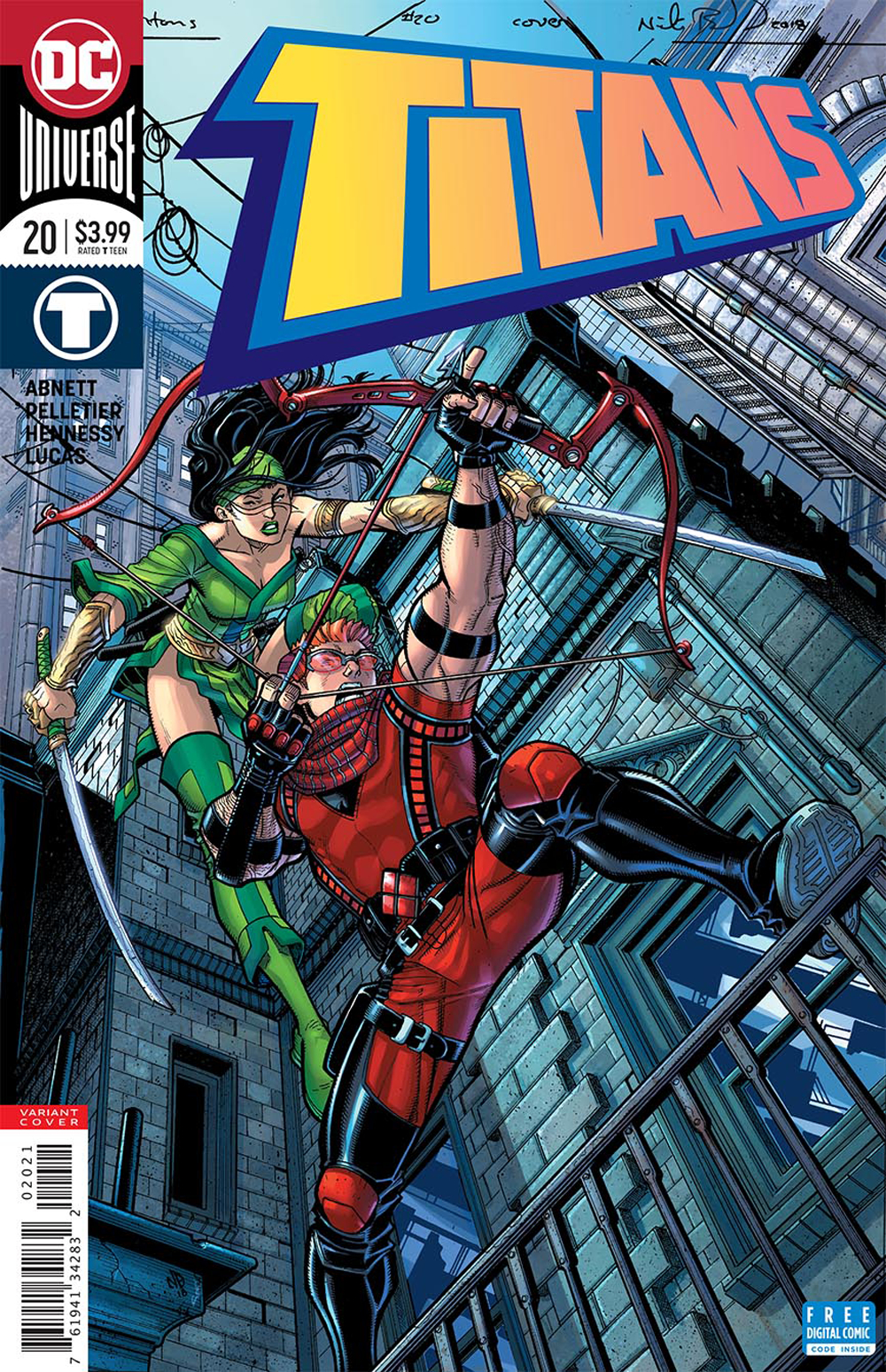 DEC170344
(W) Dan Abnett (A) Paul Pelletier, Andrew Hennessy (CA) Nick Bradshaw
"Titans Apart" part one! After the Titans are forced into a hiatus by the Justice League, Roy Harper, a.k.a. Arsenal, finds himself without a team-but not without a purpose-as he investigates the rise of a dangerous new drug running rampant in the streets of New York City. But Arsenal isn't alone-his ex, Cheshire, has joined him on his mission! But are her motives as altruistic as she claims? Or are darker forces at work?
In Shops: Feb 14, 2018
SRP: $3.99
View All Items In This Series