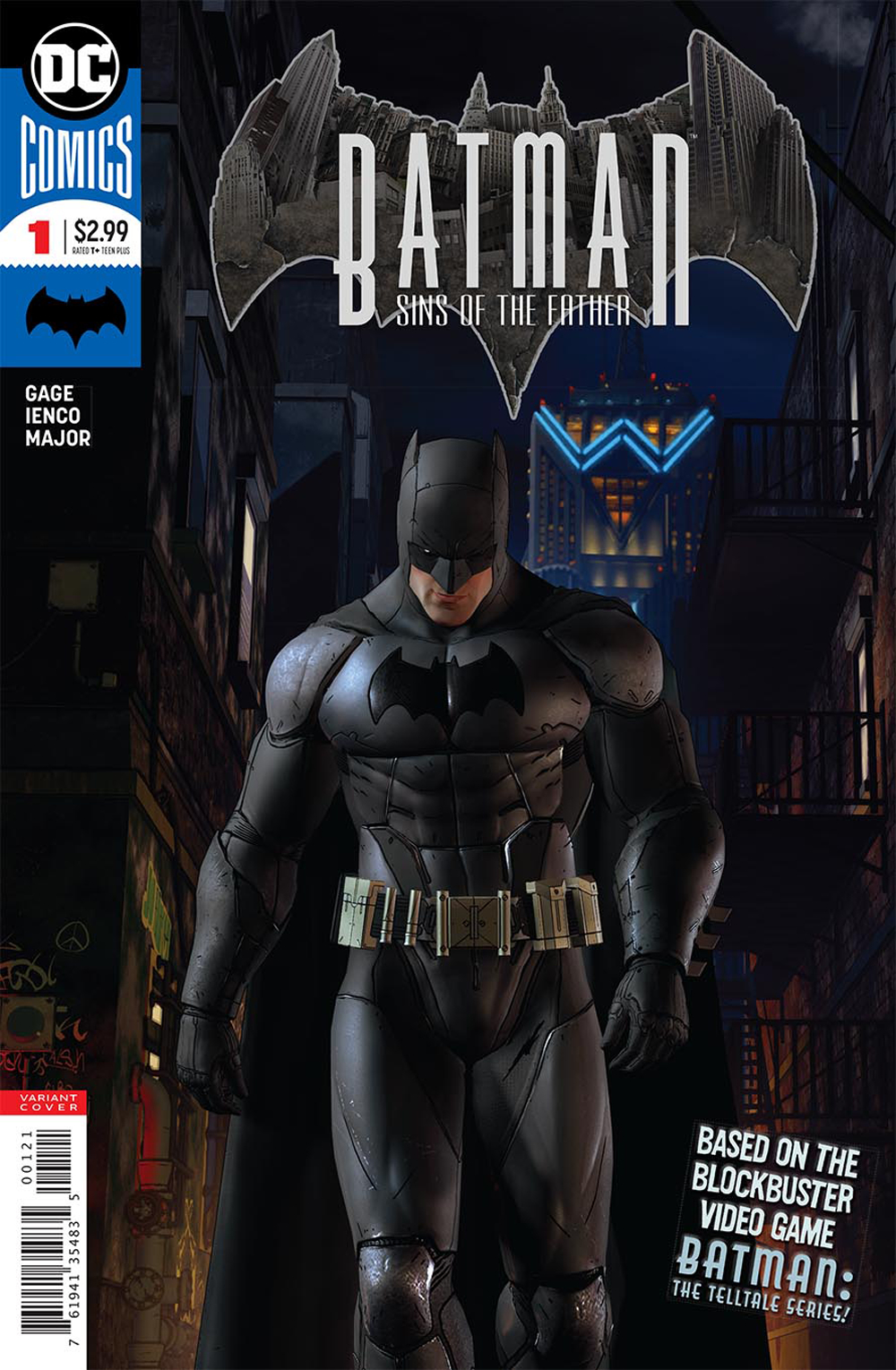 DEC170237
(W) Christos N. Gage (A) Raffaele Ienco
Based on the acclaimed videogame series from Telltale Games, this new digital-first comic tells the story of events between the first and second seasons. Someone is killing people associated with Arkham Asylum during the time Thomas Wayne was forcibly committing people there. Suspicion falls on the families suing Bruce Wayne to pay for the harm caused by his father. Batman has other ideas, but his investigation leads to him becoming the target of a deadly assassin.
In Shops: Feb 21, 2018
SRP: $2.99
View All Items In This Series