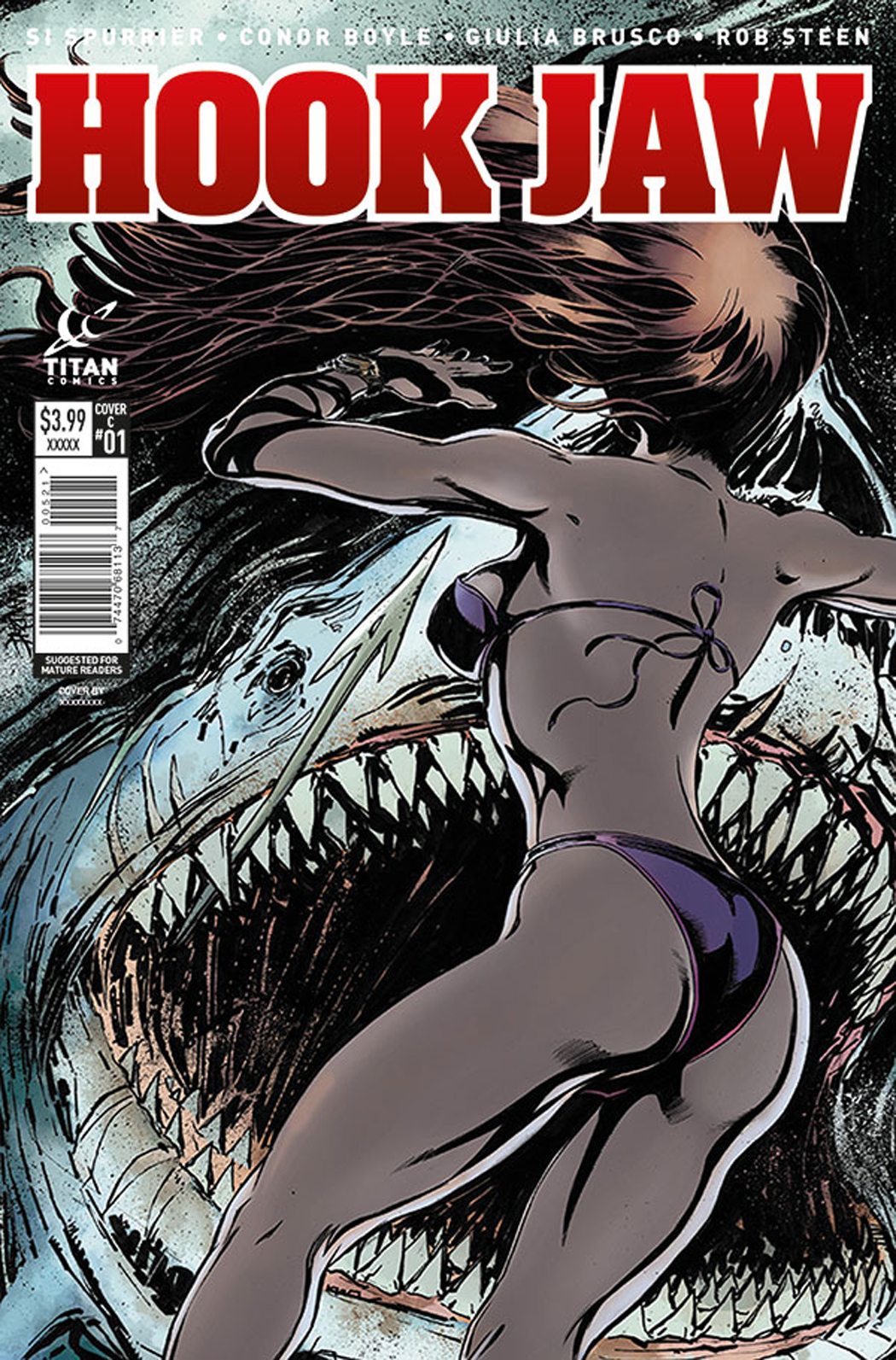 DEC161948
(W) Simon Spurrier (A) Conor Boyle (CA) Tom Mandrake
Studying sharks off the coast of Somalia would seem hazardous at the best of times, but a group of marine scientists now find themselves caught in a war between desperate pirates, gung-ho Navy SEALs and Hookjaw, legendary great white shark, and her back of angry pack!
In Shops: Feb 22, 2017
SRP: $3.99
View All Items In This Series