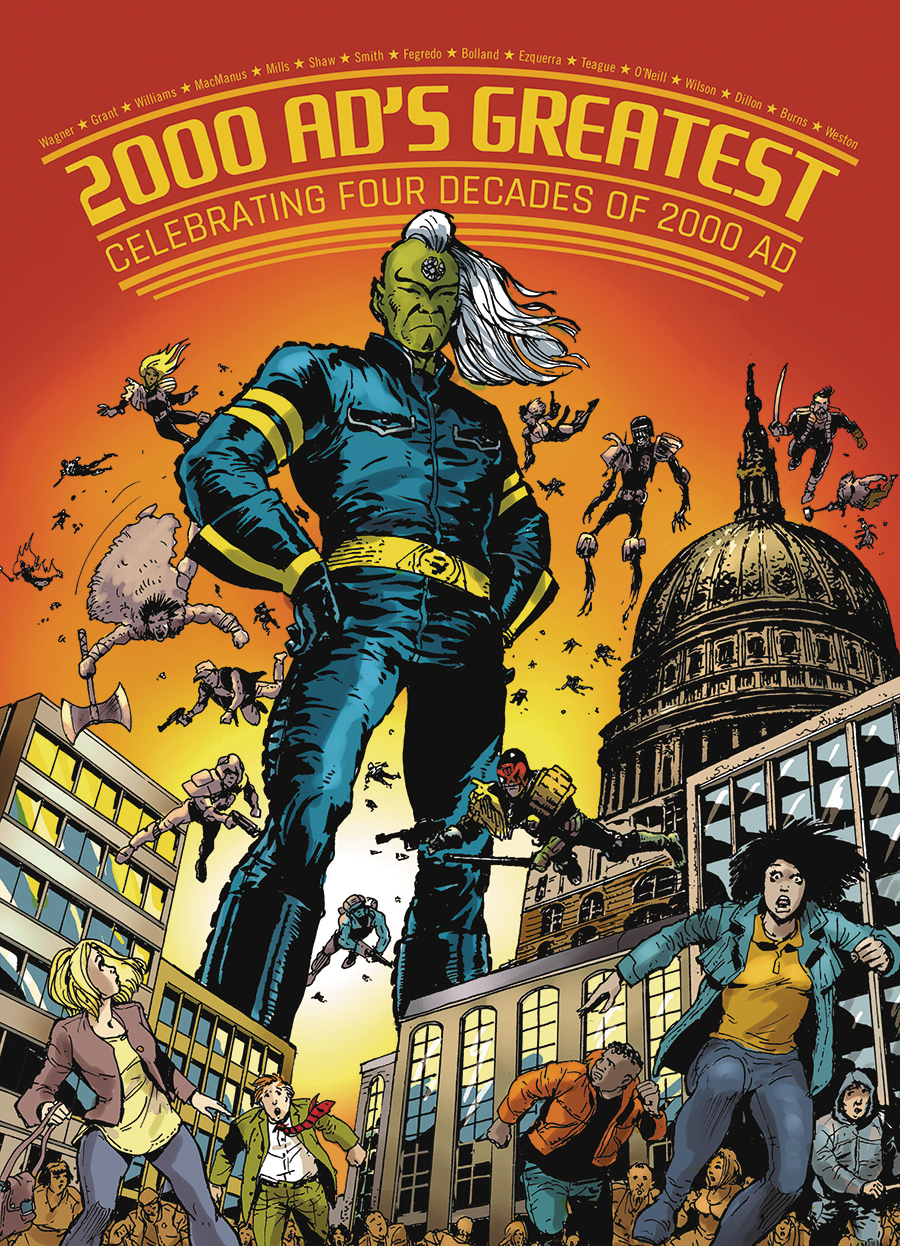 DEC161860
(W) Various (A) Various
Some of british comics' top creators pick their favorite one-off stories from 2000 AD's 40 year run. From humorously twisted Future Shocks to the dystopian escapades of Judge Dredd, 2000 AD has inspired generations of readers and has spawned some of the greatest talents in the comics industry. To celebrate the creative droids behind the Galaxy's Greatest Comic, a selection of writers and artists from across 2000 AD's forty-year history were asked to choose their favourite one-off story by a fellow creator and explain why they chose it. The result is this incredible anthology featuring work by Alan Grant, Kevin O'Neill, Rob Williams, Brian Bolland, Chris Weston and Steve Dillon selected by creators such as founding editor Pat Mills, celebrated artist Jock, and recent newcomer Tom Foster.
In Shops: Mar 15, 2017
SRP: $17.99
ORDER WISH LIST