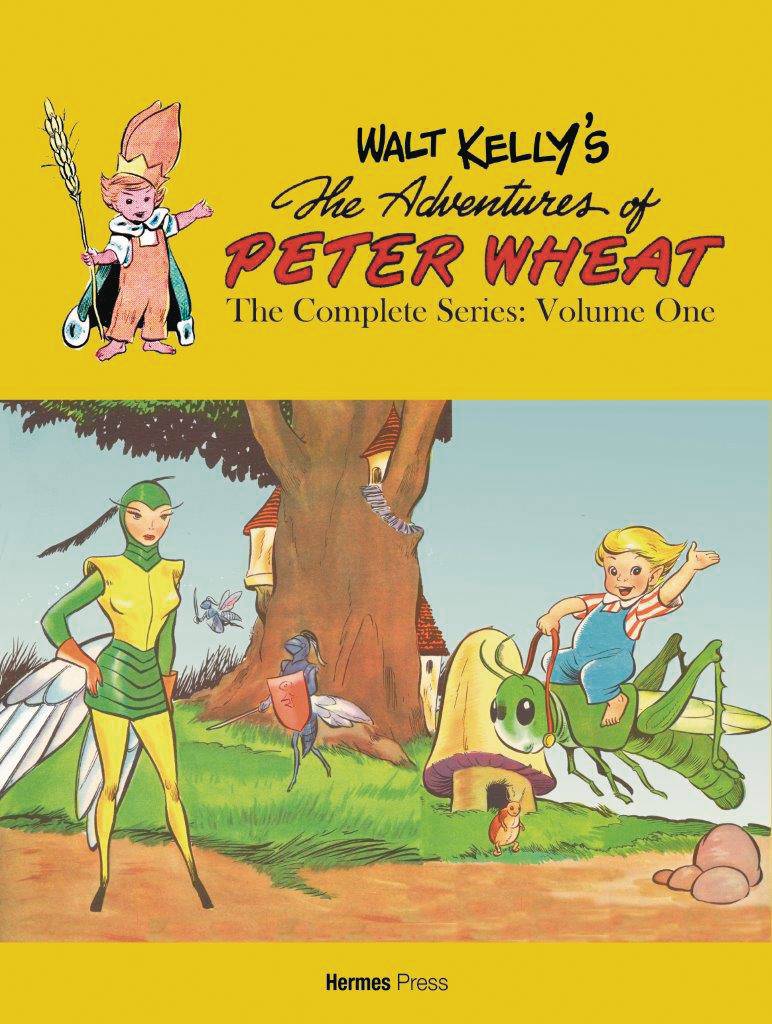 #
DEC161741
(W) Walt Kelly, Thomas Andrae (A/CA) Walt Kelly
Walt Kelly's Peter Wheat comics are renowned for their humor, artistic flair and appeal to both children and adults. The Peter Wheat comic books are extremely rare and have never been collected as a series before, due to their scarcity and rarity. The stories were fairy tales starring Peter Wheat, an elf-sized boy who lived in a hollow tree on the edge of a wheat field where he and the Little Folk battle Dragonel, Queen of the Hornets. Reprints the first 16 complete Peter Wheat comic books; in-depth essay by comics historian and Walt Kelly expert Dr. Thomas Andrae; afterword by Trina Robbins. Available in Softcover and a PREVIEWS Exclusive Hardcover edition.
In Shops: Nov 22, 2017
SRP: $34.99
View All Items In This Series